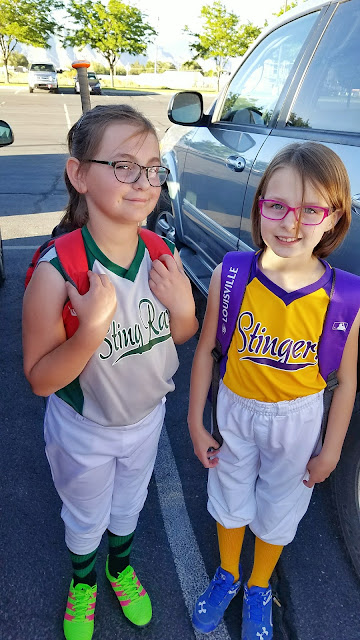 We made it through another year's City Softball Tournament!  Whew!

Rachel's team lost their first two games, and seeing that it was a double-elimination tournament, that meant they were done.  Ren's team lost their first game, and so this picture was taken the second day of the tournament right before both of them played their second games.  Ren's team ended up winning their second game, which placed them in the game for fourth/sixth place honors.

Emily's team had a bye the first day because they had such a high league ranking, and then they won their first game which sent them directly into one of the championship game slots.

Ren's fourth/sixth place game took place before Emily's championship game, with a tiny window in between the two games, and I decided that we would treat ourselves out to dinner either as a reward for Ren's team winning fourth, or as a consolation for Ren's team taking sixth.

Ren was walked a couple of times in her game and stole home almost every time.  She fielded the ball really well, and her whole team just did a great job!

It ended up being a CELEBRATION dinner...congrats, my little penguin, on your team's fourth place finish!  Taco Bell for all! 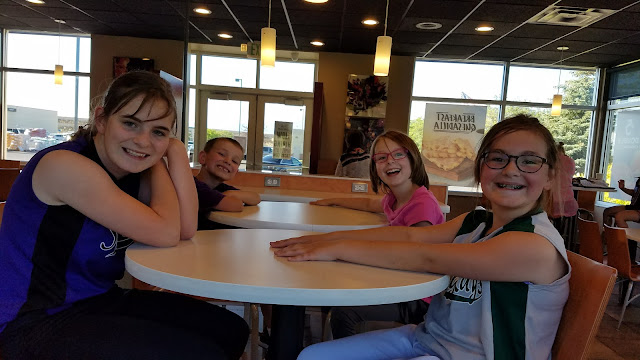 And then we drove like crazy people back to the ball park for Emily to warm up, and sat through a nailbiter of a game which ended thusly: 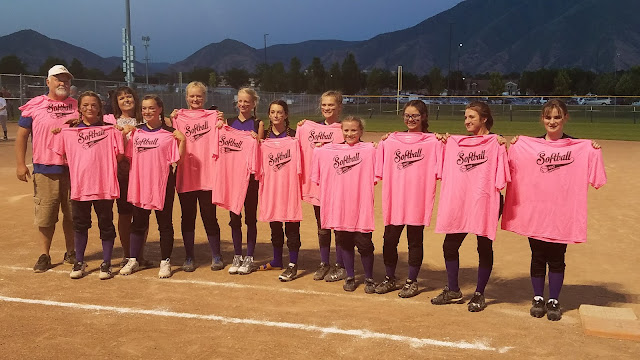 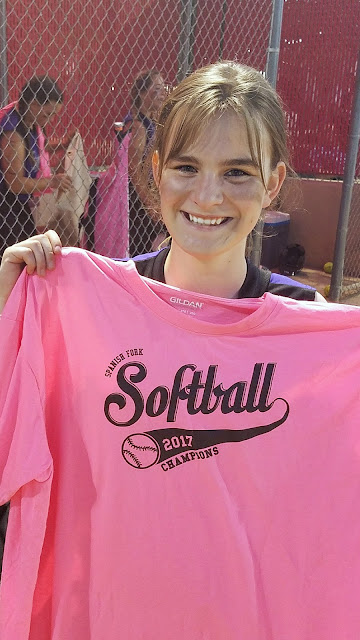 My girl played the best I have ever seen her play, EVER.  She fielded a number of hits, got them thrown back to infield quickly, and, joy of joys, SHE HIT THE BALL EVERY TIME SHE WAS UP TO BAT AND GOT ON BASE EACH TIME.  This girl has improved SO MUCH over this season, and it's just one of the best feelings in the world to watch your child succeed at something they love.  I straight up cried and totally screamed like a banshee each time she got a hit.  I was that woman, and I wouldn't change a thing.  When the inning ended where she got her first hit and she and her team ran to the dugout, her coach turned her around and faced her to the crowd and we all gave her a special cheer to celebrate her hit.  More tears from me...ugh, totally that mom.  Such a great game.

We are so enjoying not having to be at the ballpark this week, but are also excited for the State Tournament that's coming up soon.  Ren and Emily's games will take place in two different towns, so that's going to be just a super-duper awesome time running around getting to those...but who cares?!?!  Two kids in the State Tournament!  Woo hoo!!!
Posted by Cara at 9:10 PM