Oh my goodness, people, the last couple of months have been pretty crazy!  End of school, baseball season, physical therapy, kids HOME for summer all day long, gardening...lots to keep us busy.

Instead of a bunch of little posts, I'm just going to give you one big post to get us all caught up. 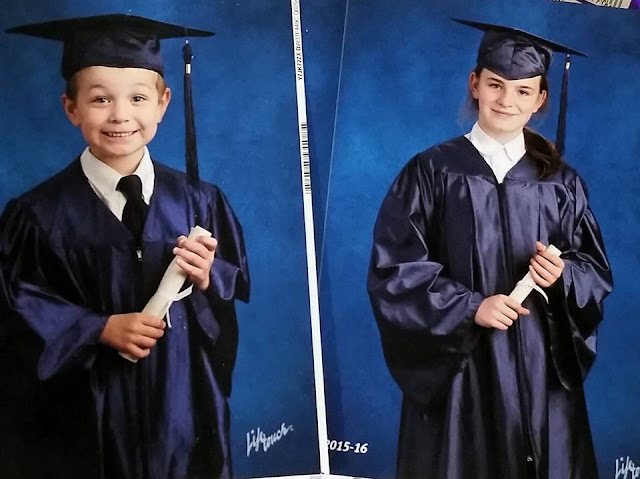 So, Monkeyboy graduated from Kindergarten, and Bluebird graduated from the sixth grade a week later.  Yeah, my kid starts junior high next year.  I am not old enough for this.  She's very excited to start junior high, most especially because she got into Honors Science, and she's got her fingers crossed that she'll get into Drama. 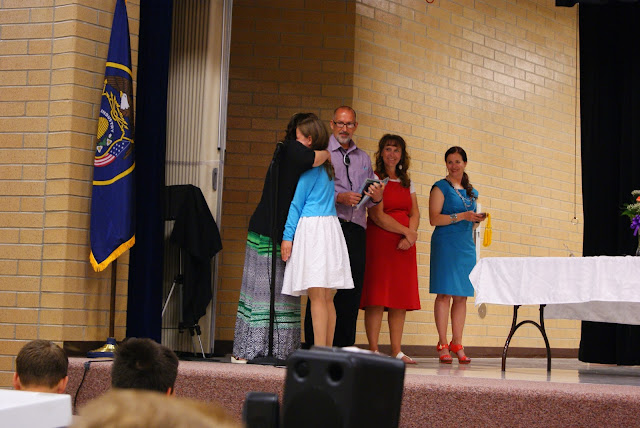 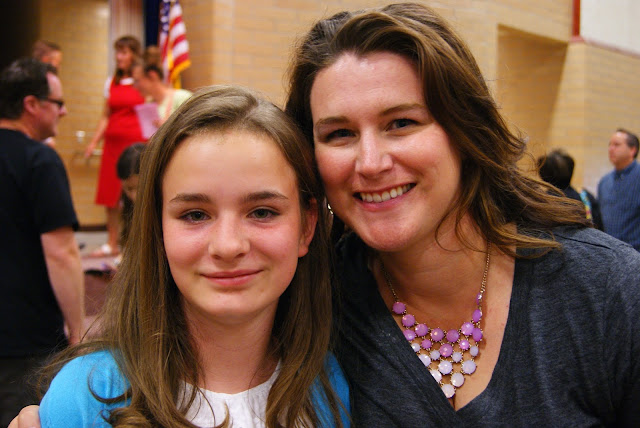 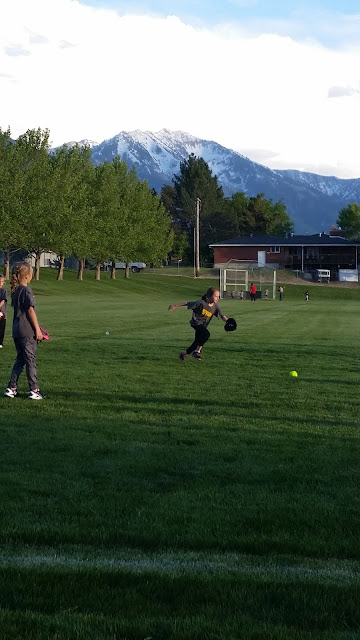 And then it was baseball/softball season.  Five days a week, Monday through Friday.  Monkeyboy played his second year of T-Ball, Junebug played her first year ever (Coach Pitch), Penguin was in her second year, and Bluebird in her third.  They don't keep score in T-Ball or Coach Pitch, but Monkeyboy and Junebug will adamantly tell you that their teams were the league champions because they were so much better than all the other teams.  Oh, they crack me up.  Junebug surprised us with some natural talent in the hand-eye coordination category, and she played pretty well.  I think she's got a competitive spirit, which bodes well for organized sports. 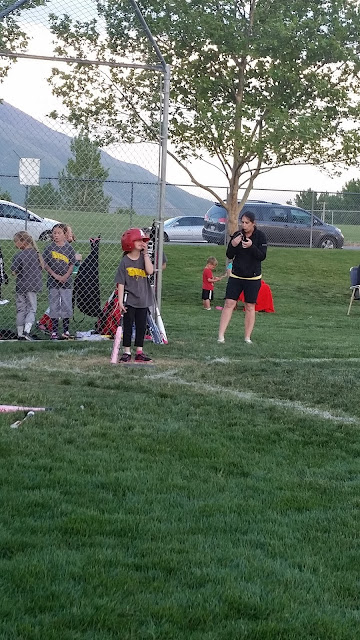 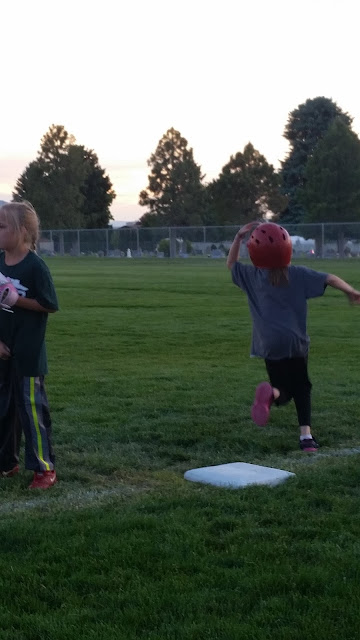 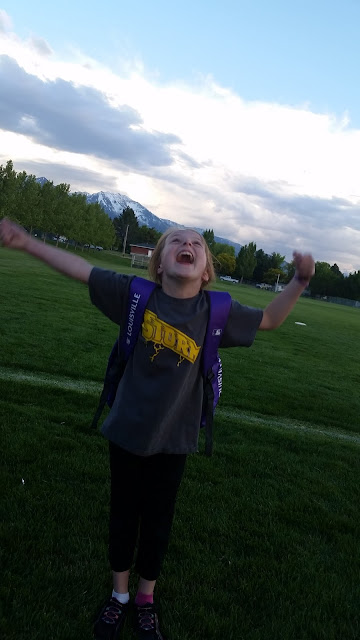 Bluebird's team placed eighth in their league out of nine teams, and failed to beat that #9 seed team to even get into the City play-offs.  However, she learned to steal bases like a scary psycho woman.  Bluebird isn't terribly competitive, but she took to base-stealing with an enthusiasm that was a lot of fun to watch.  She got in a couple "pickle" situations over the season, and there would be this moment when she'd get this mischievous little grin on her face and a twinkle in her eye, and you knew she was going to stick it to the other team...she scored quite a few runs that way.  Loved it. 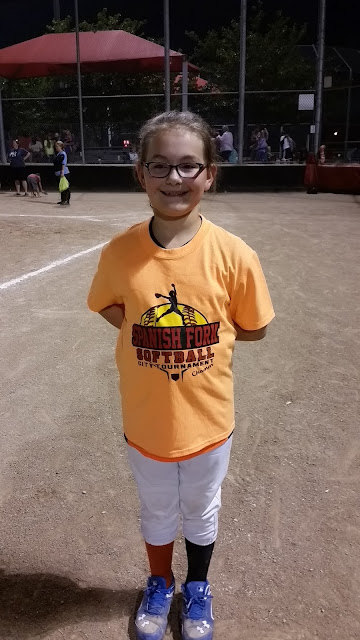 Penguin's team did it again this year--League Champions, City Tournament Champions, AND State Champions once more.  She started hitting the ball quite a bit, and in the words of her coach, during the State Championship game she "made a play at 3rd that was pivotal- absolutely amazing!  I jumped about 15ft in the air :)  I was so proud of her and happy she experienced it!"  She improved a lot over this season! 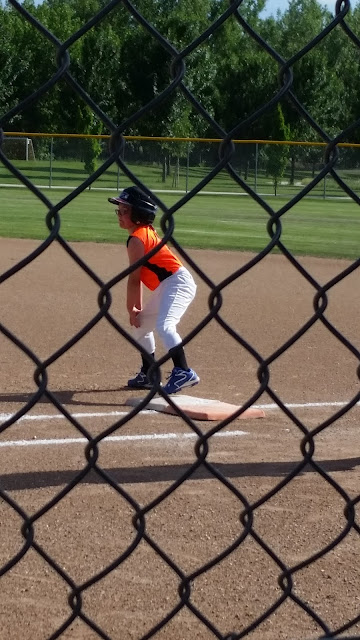 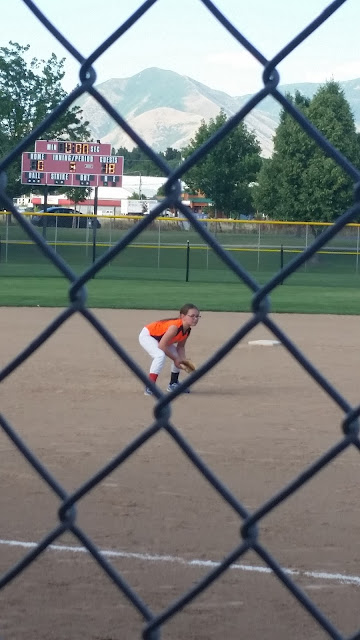 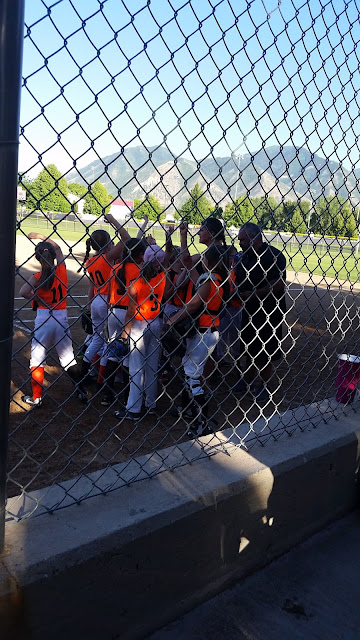 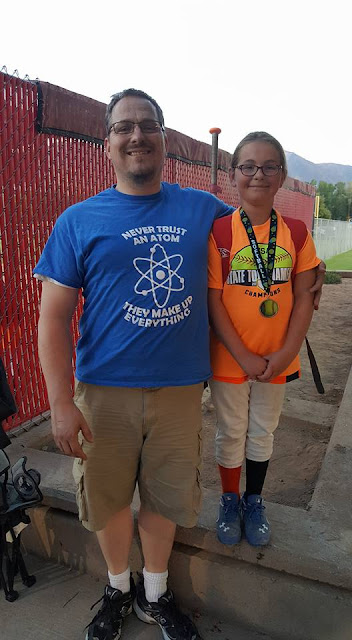 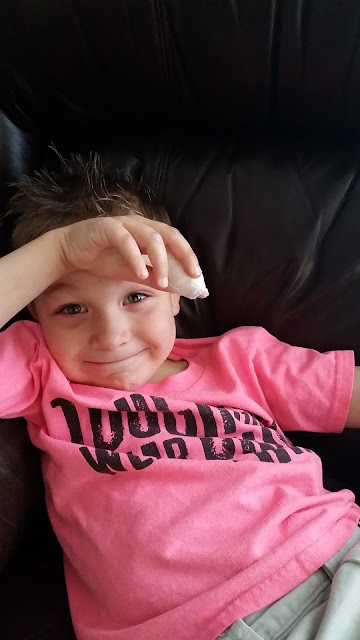 No, I didn't see the pivotal play at the State Championship game.  Because I wasn't there.  Because my darling boy, who wanted to come along and cheer for his big sister at her important game, royally smashed his right hand in the bathroom door at the ball park about two batters into the game.

Michael saw him first after it happened, saw the blood, picked him up and ran him over to me and deposited him in my lap, blood dripping everywhere.  I finally got Monkeyboy to let go of his hurt, saw that his finger was completely flat and that I could see the inside of his finger through a nasty gash on his knuckle, and said, "To the ER it is."

So while Penguin was making her awesome play, I was letting Monkeyboy squeeze my hand while the doctor injected numbing medication into his finger.  He ended up needing eight stitches and he's got an almost straight-through fracture in his right index finger.  Stitches need to stay in for two weeks, and the finger needs to stay splinted for a month.  Oh, this boy. 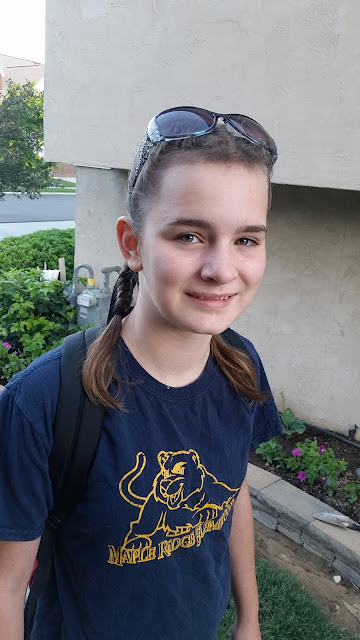 Bluebird is attending Girls' Camp for the first time this year.  Michael and I are certain we've misplaced about four years of her life somewhere because this isn't supposed to be happening yet, it's too soon.  What?

From what I've heard from the Young Womens President, Bluebird's having a good time, so I'm pleased.

It's been a good summer so far.  My back is still giving me fits here and there, so we're taking it easy and mostly staying at home.  We go to the library once a week, we play with water in the front yard, and we run errands.  I've kept the freezer stocked with ice cream treats and popsicles, and the kids think it is the highlight of their lives that I let them have one every day after lunch.  Sigh, sweet summer days.

We've spent tons of time in the garden, which was coming along nicely until a mole moved in, and a couple of voles have also decided to make it their place of abode.  The mole took out one of my sunflowers yesterday, and this morning when I went out to water the garden I noticed that my entire parsley plant is just gone, roots and all.  Parsley was next to the murdered sunflower, so I'm suspecting the mole made his move yet again.  Ugh, I am going to kill that thing.  Literally.

I'll need to take some photos of the garden, I'm quite proud of it.  The climbing roses are doing well; not much climbing in this first year, which was expected, but blooming.  The mole got one of the climbing roses early in the season, and I really thought the plant was dead, but it put out shoots two weeks ago on one side, so it might just make it.  The wisteria is still pretty shrimpy, but that's also expected.  It's alive though, which is all I'm shooting for this year.  The hydrangea is...alive.  I've got to do some research because I think I'm doing something wrong with them, they look kind of sad.  The zucchini plant has started producing, and I think my new tree is completely dead.

The morning glories are crazy.  I've planted them numerous times in the past, but have never been able to get them to sprout very well, and then the grasshoppers would come along and eat the one or two that did sprout, but this year I sprayed for grasshoppers and we're being treated to a great show of insane growth--one of the plants spilled over the top of the wall in my backyard yesterday, which is a pretty tall wall.  I think I see the beginning of flower buds on them, so *fingers crossed*.  I'll show you in pictures next week, hopefully.

I hope your summers are going well, and hopefully, now that I no longer live at the ball park, I can resume with some regular blogging.  :)
Posted by Cara at 4:32 PM No comments: Links to this post