In Australia, the school year runs from January to December, so the school Christmas concert also doubles as the end-of-the-school-year awards ceremony. 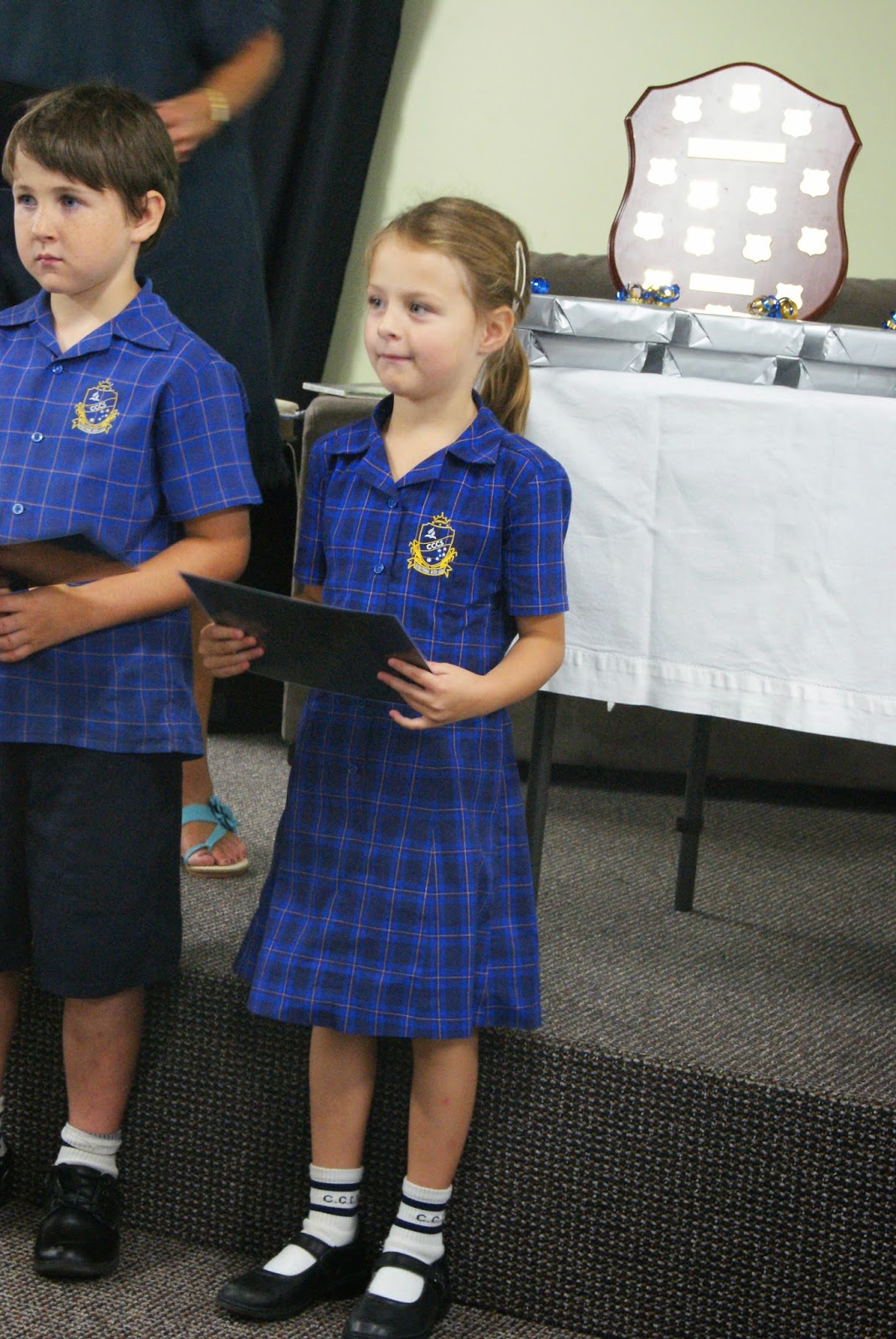 And Penguin received an award for "confidence" in the classroom: 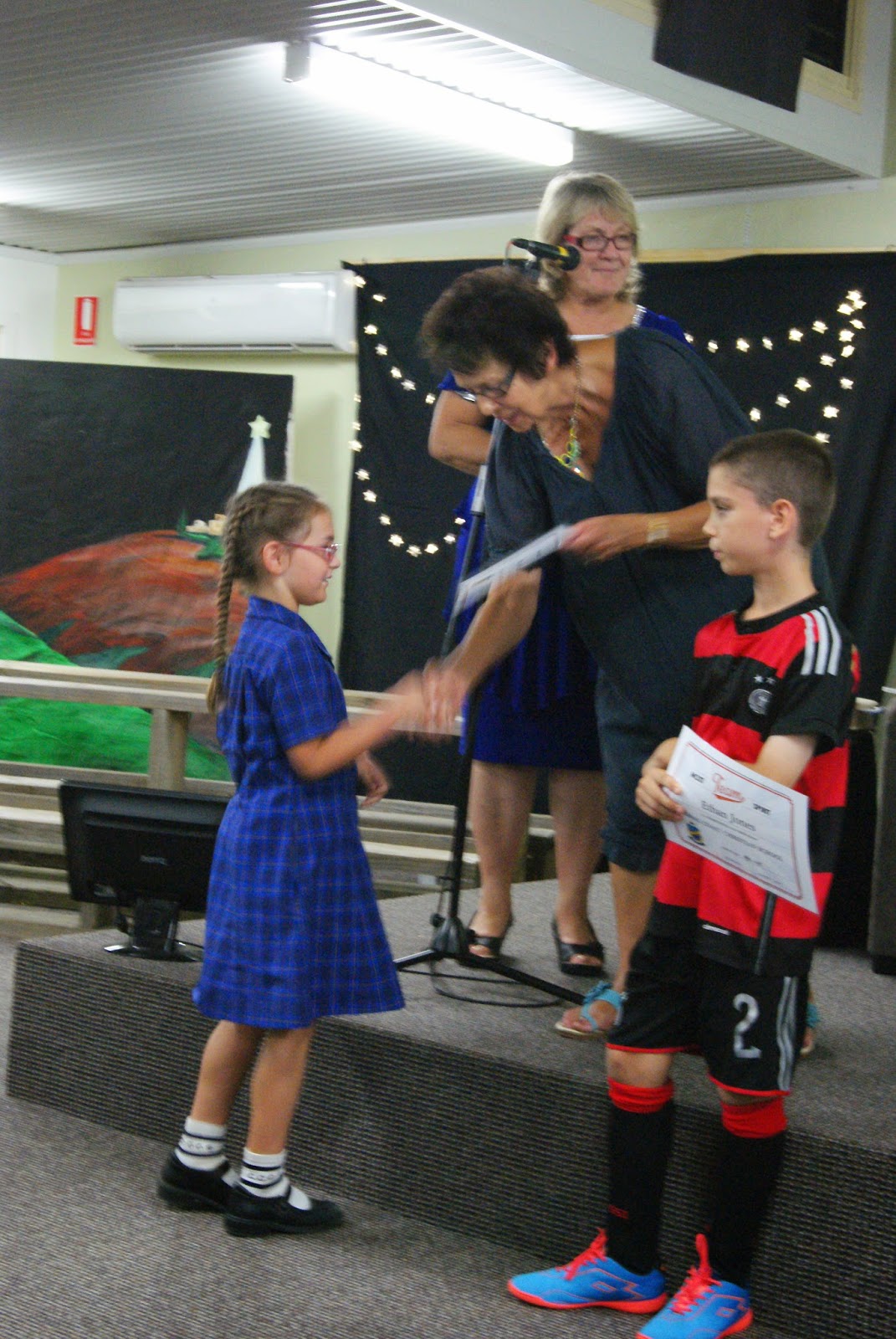 The school places heavy emphasis on music (LOVE!), so we were able to listen to a couple of rather well-done bell pieces:


Then it was time for the Christmas pageant, complete with costumes and singing.  Bluebird was an angel, Penguin was a shepherd, and Junebug was a king.  In true Brooke fashion, the girls sang, remembering to open their mouths for better sound: 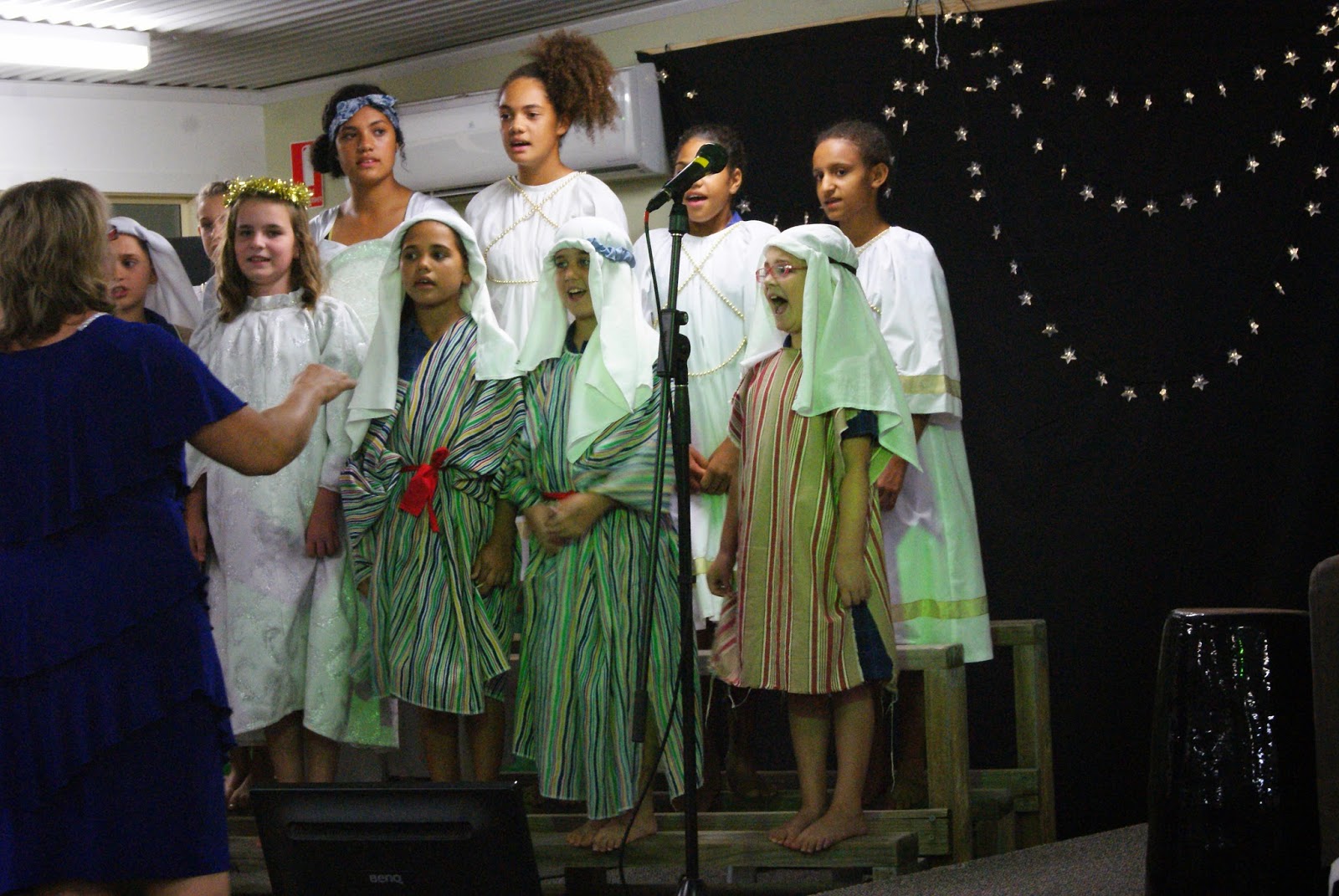 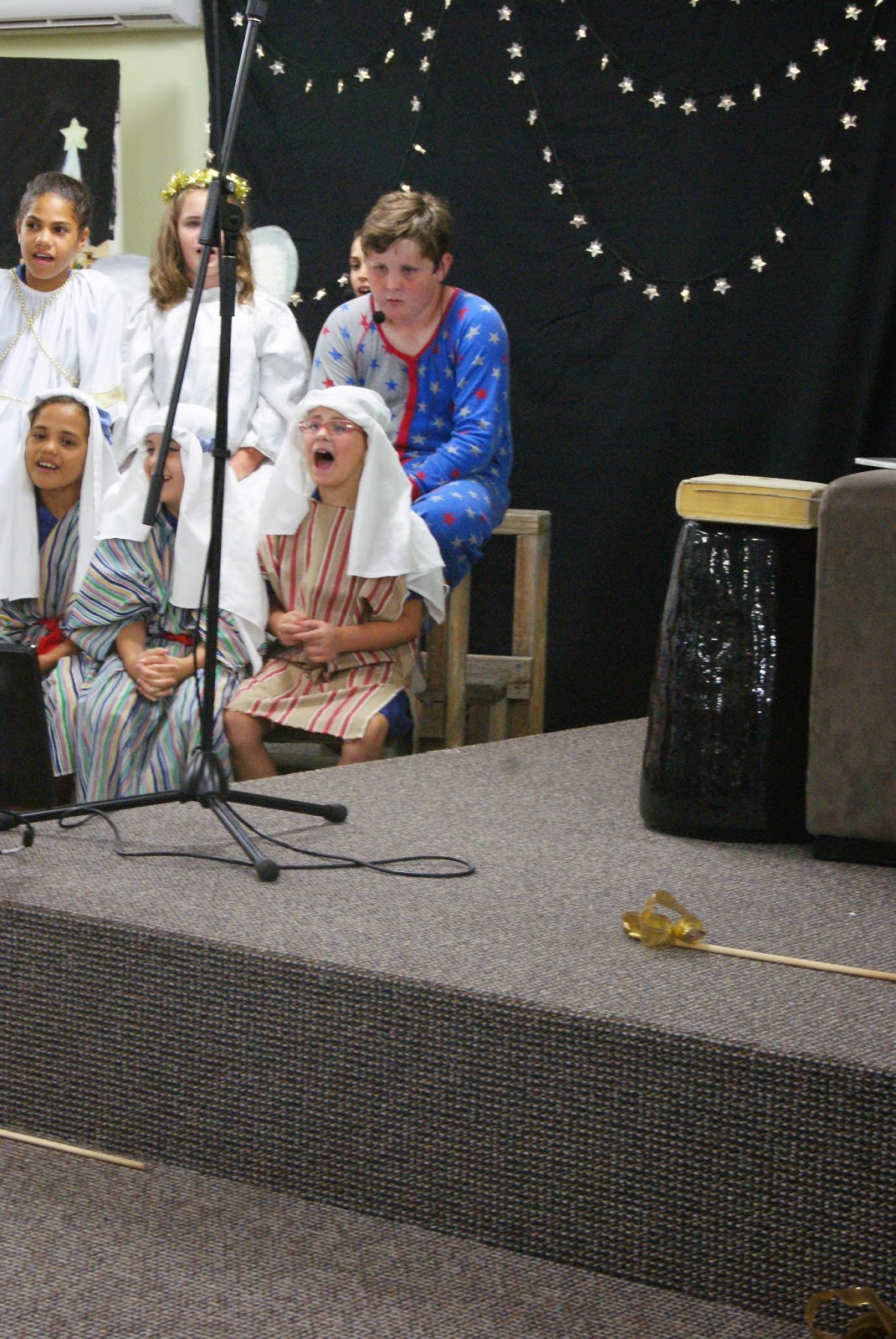 Penguin made me rather proud.  It was a mixture of pride and shaking my head over how cute she was as she belted her little heart out.  She also had a line in the play:  "Quickly!  Don't worry about the sheep!  This is more important, come on!"  We had a good chuckle when she said that.

Bluebird asked to be allowed to sing a descant during "Angels We Have Heard On High," and she didn't tell us about it, so we were just sitting there watching kids do a little ribbon dance when she stood up behind them all and started singing the descant.  What's more, the descant is some random little blip I sang four years ago...she remembered it pretty well, and did a great job. 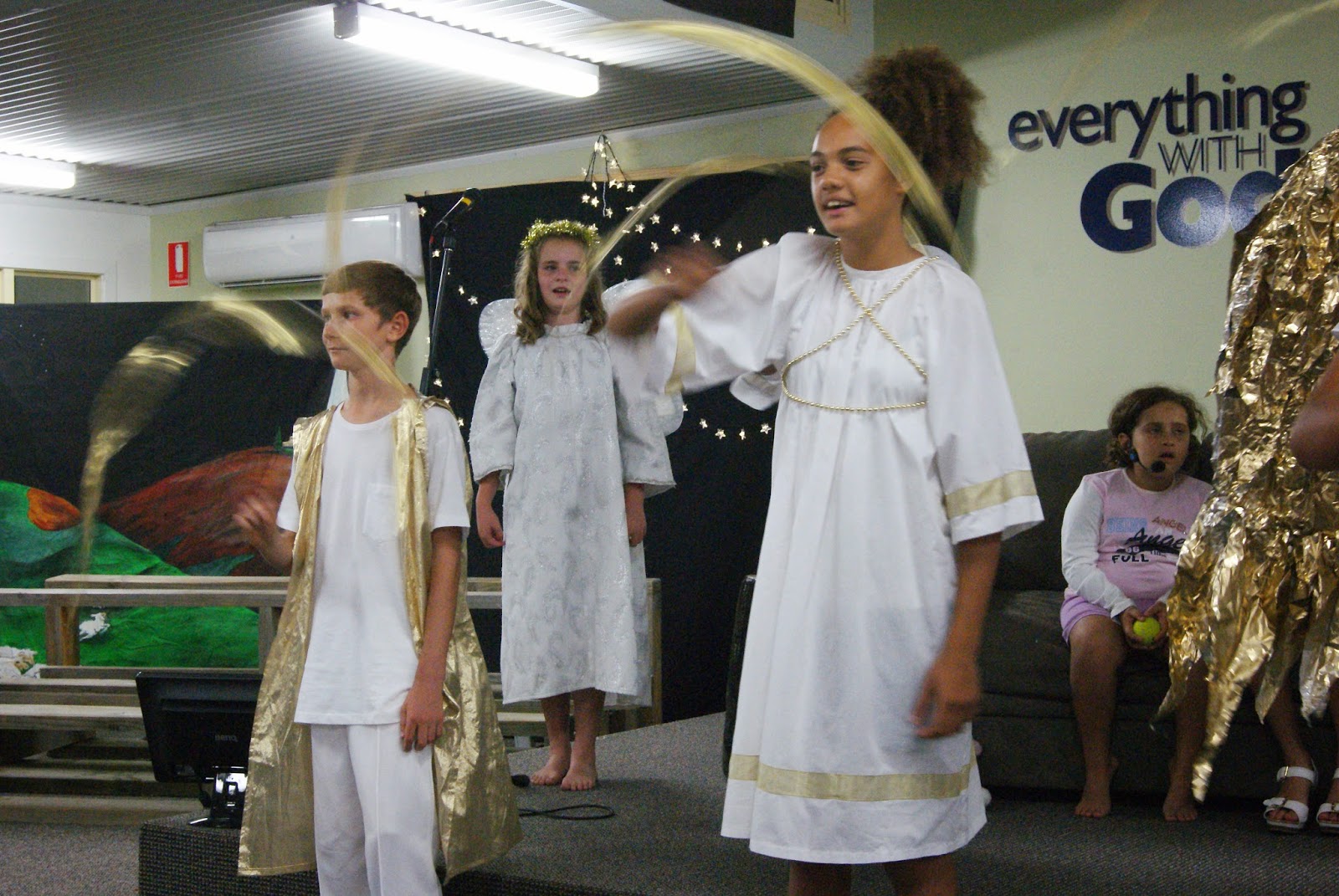 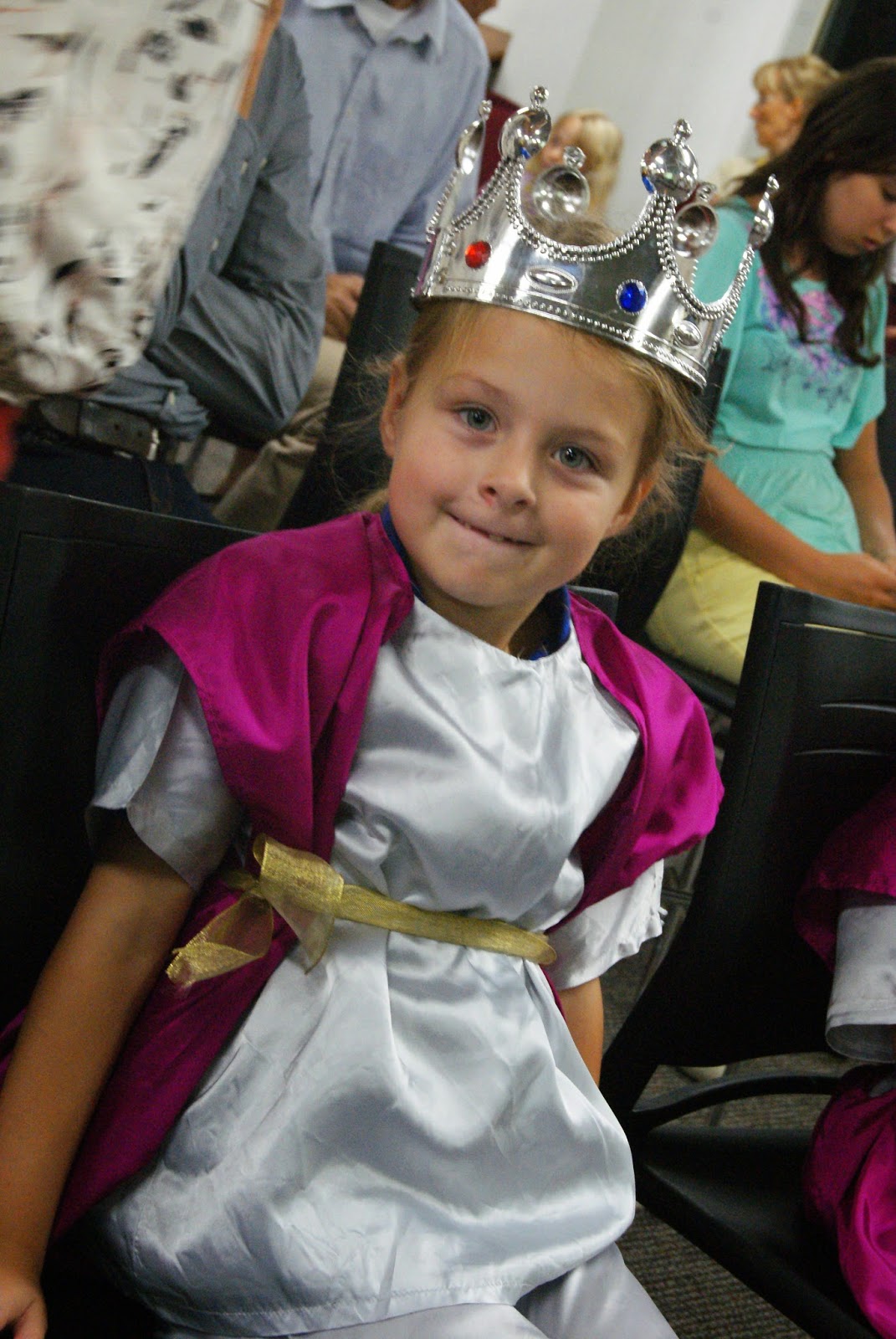 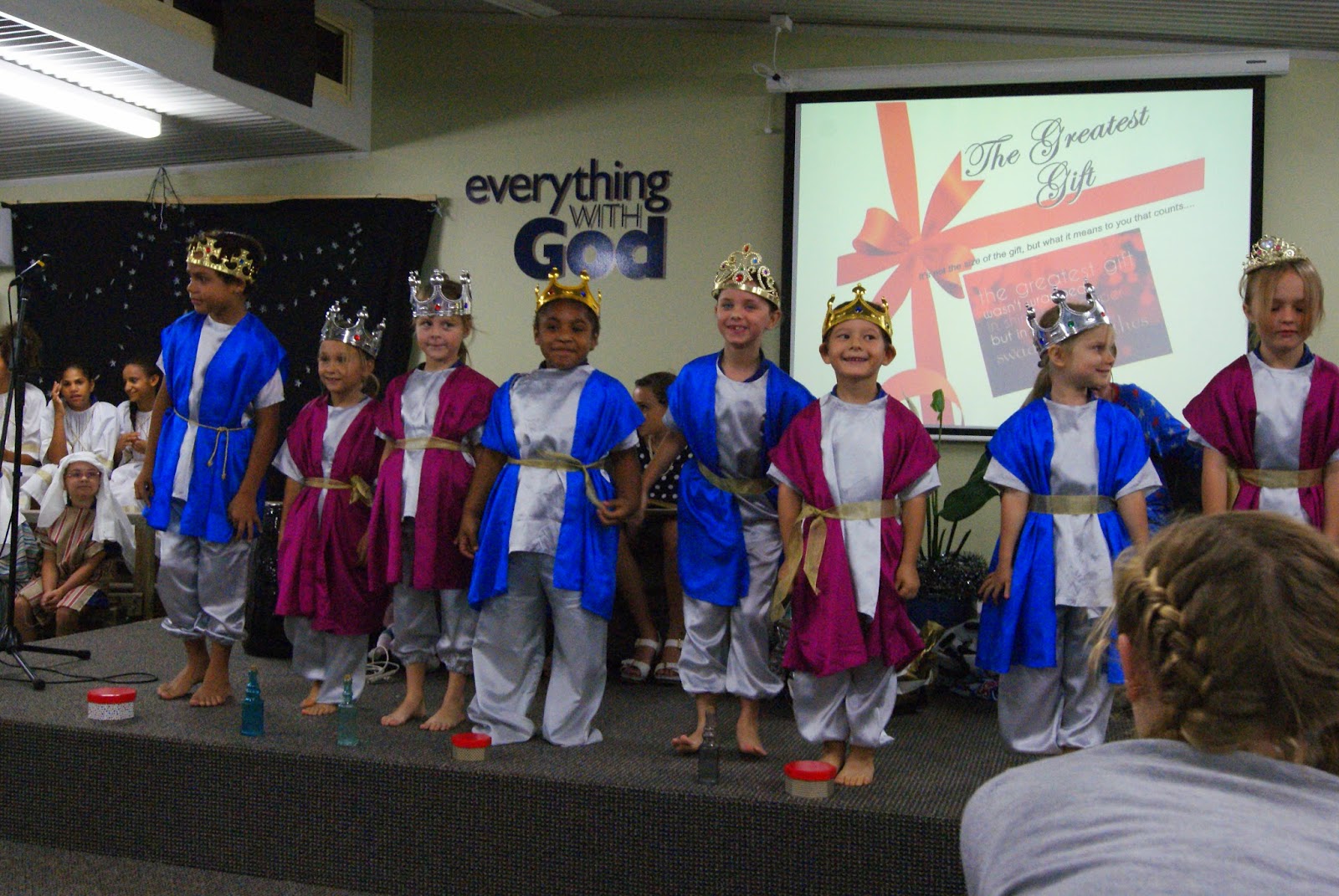 Oh my goodness, the cute.  Seriously. 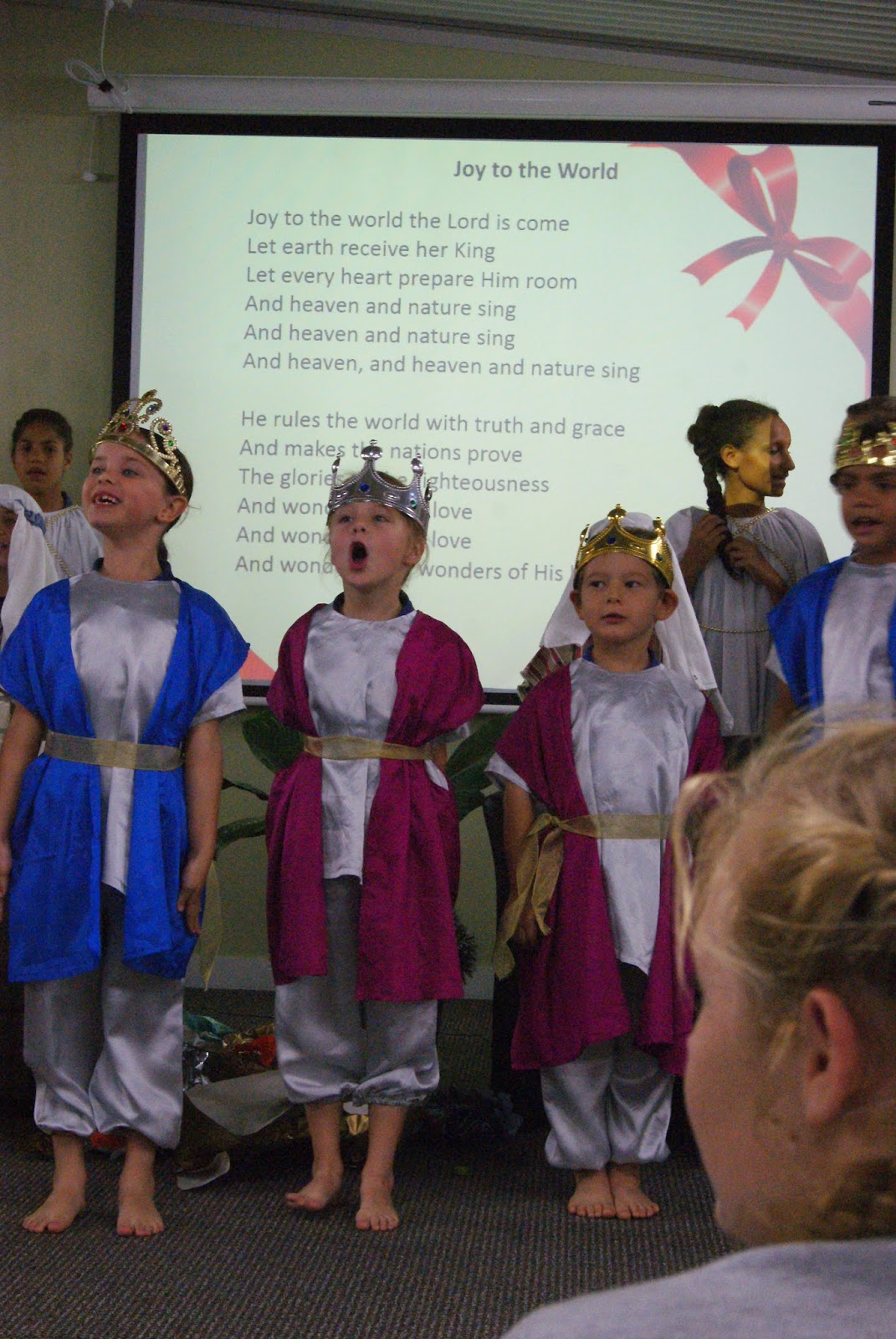