Crikey!
Our Trip to Australia Zoo 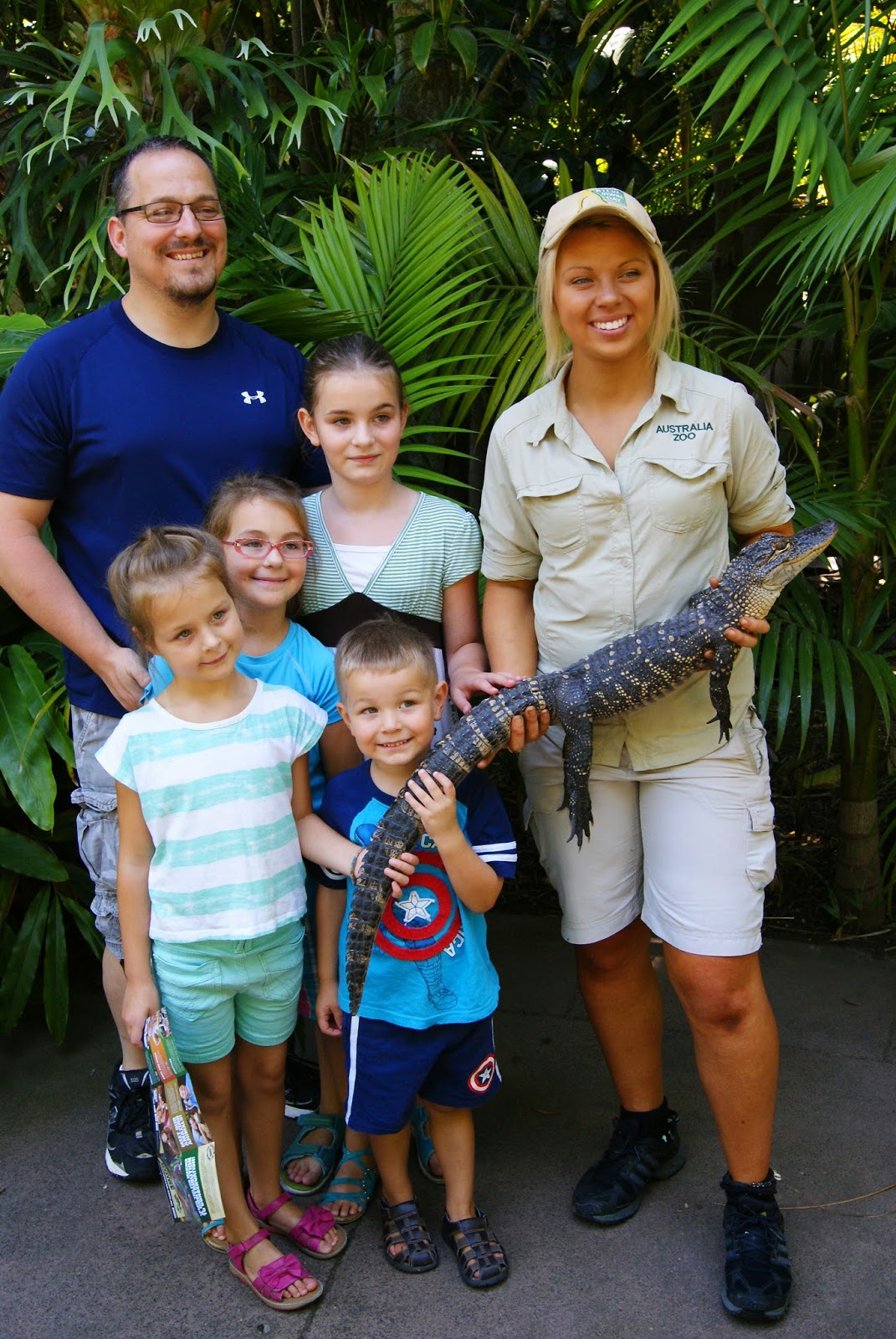 Michael had to fly back to the States again, but this time his flight left from Brisbane instead of Sydney, so he threw together a weekend in Brisbane for the family so we could go to the Australia Zoo.  The Australia Zoo is Steve Irwin’s (“The Crocodile Hunter”) family’s zoo, so it was a pretty interesting little place—half awesome animal experience, half tribute to a great wildlife conservationalist.  It’s a very nice zoo; and that means a lot because I don’t like zoos—animals aren’t my thing, and that’s OK with me.  However, my kids like them, so I’m stuck visiting them often.


What’s really cool about Australia Zoo is that it’s very interactive.  There’s lots of informational presentations with the zookeepers throughout the day (like, every thirty to forty-five minutes) and there’s a surprising amount of places where you can actually touch the animals.  (So much better than walking fifty-three miles in the sun to stare at animals sleeping, which is what a trip to the zoo back home feels like.)  It’s a very well done zoo, I tip my hat in admiration to Australia Zoo. 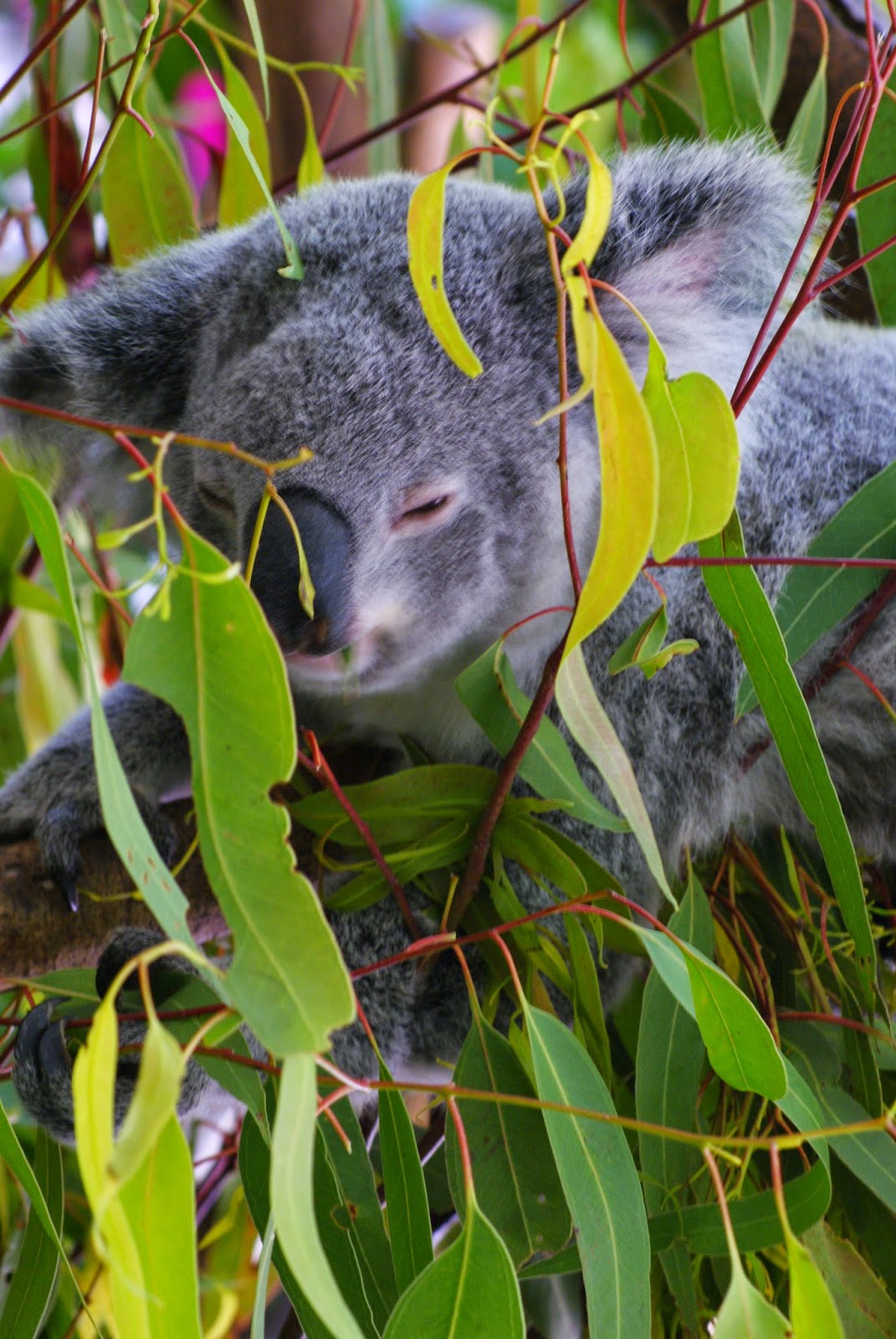 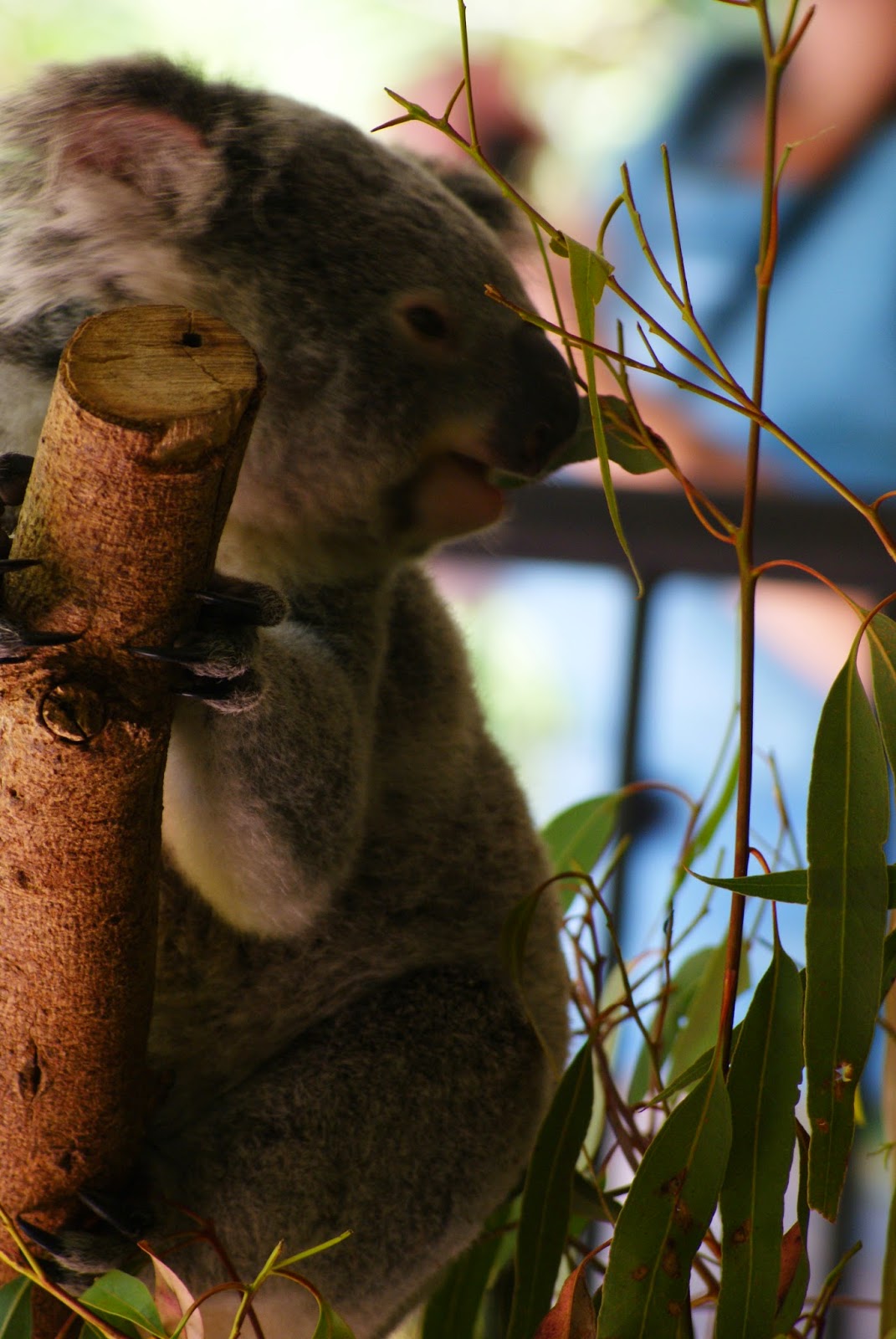 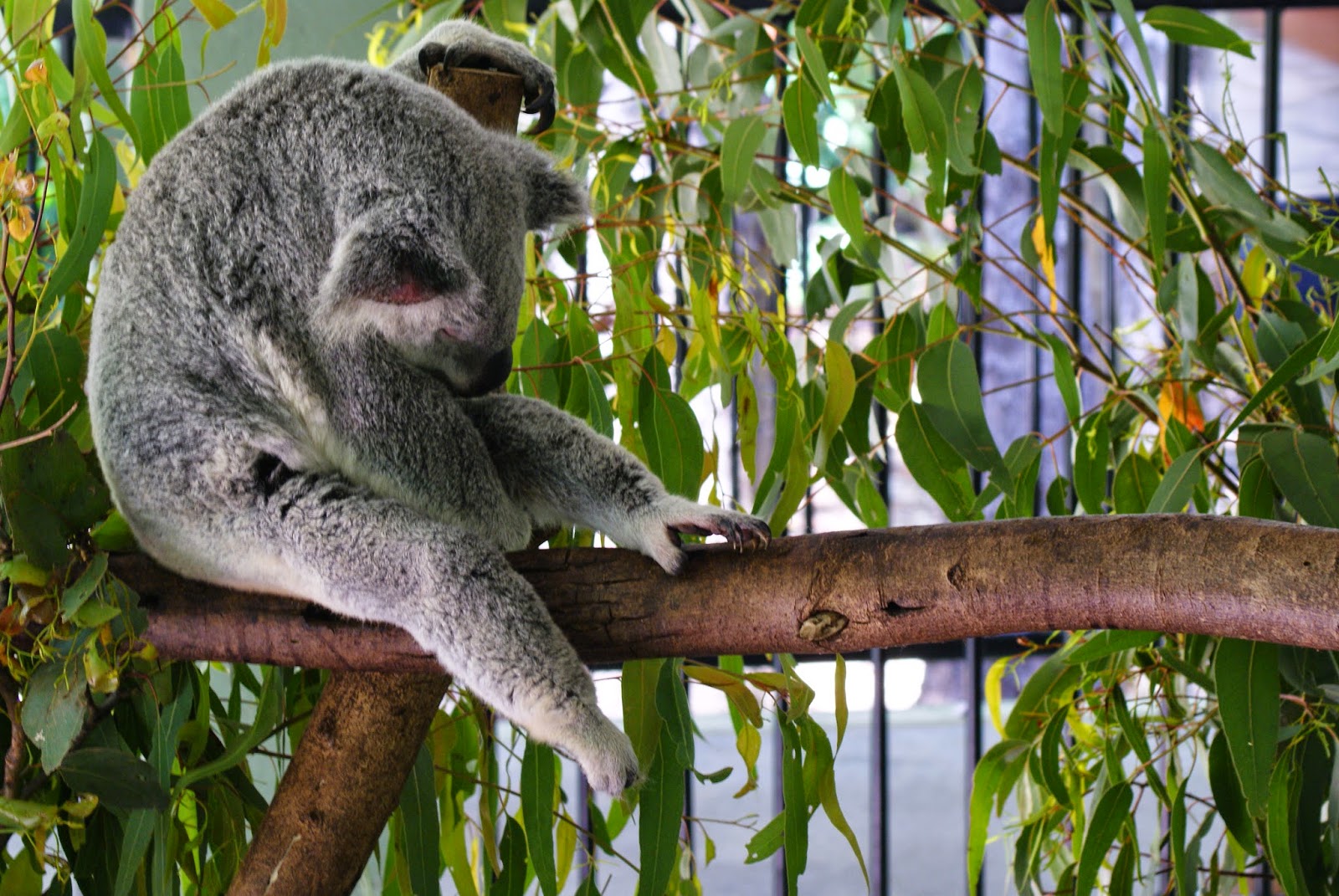 You can hold koalas, and most of the kids did hold koalas, but I wasn't with them when it happened, so no pictures of that.  I'm getting over a nasty cold that I caught from Monkeyboy, so by that time of the day I just hung out by the gift shop until I didn't feel like dying anymore while Michael took those who were interested to one of the farther-away corners of the zoo.

I was, however, on-hand when we went to see the kangaroos in "Roo Heaven": 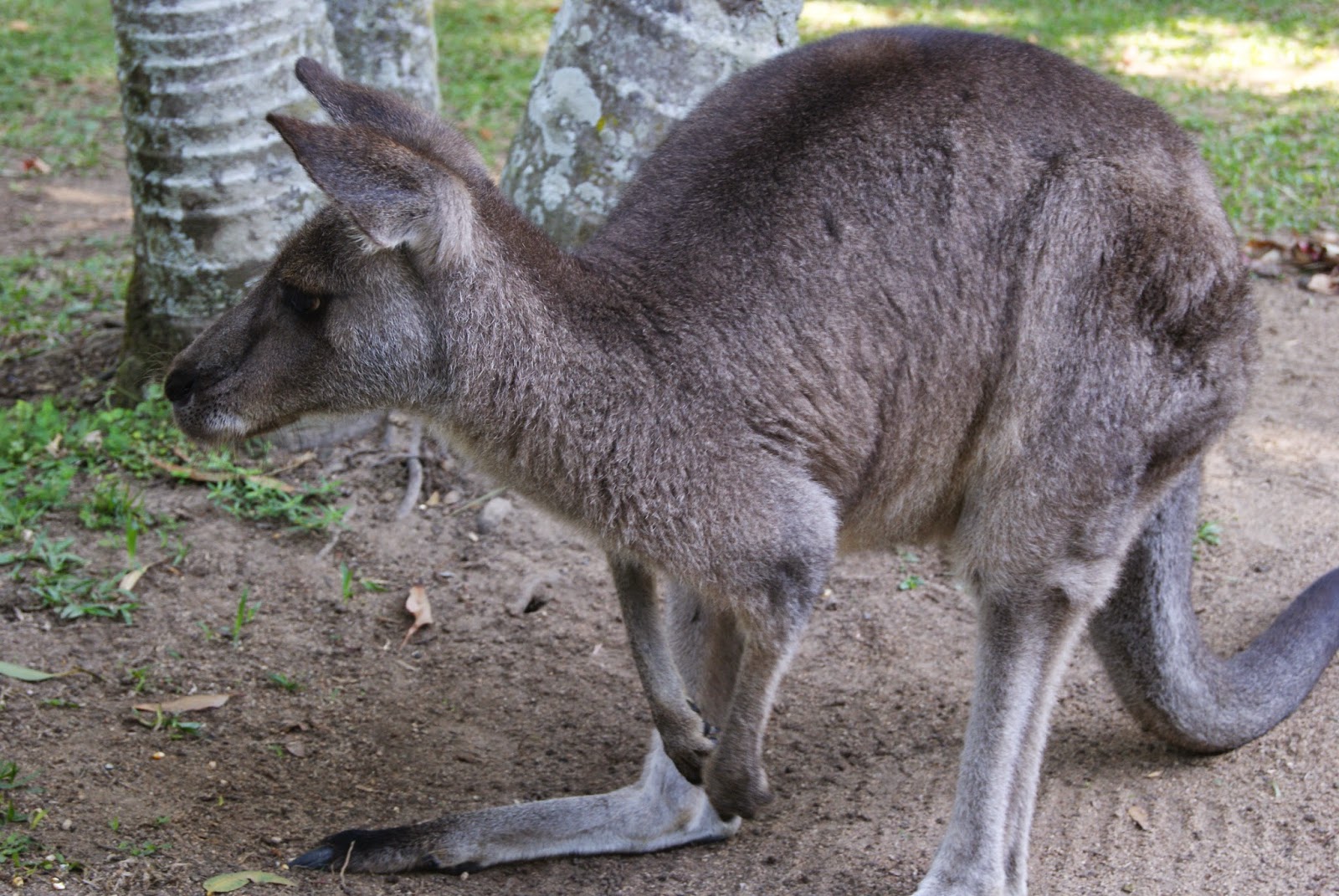 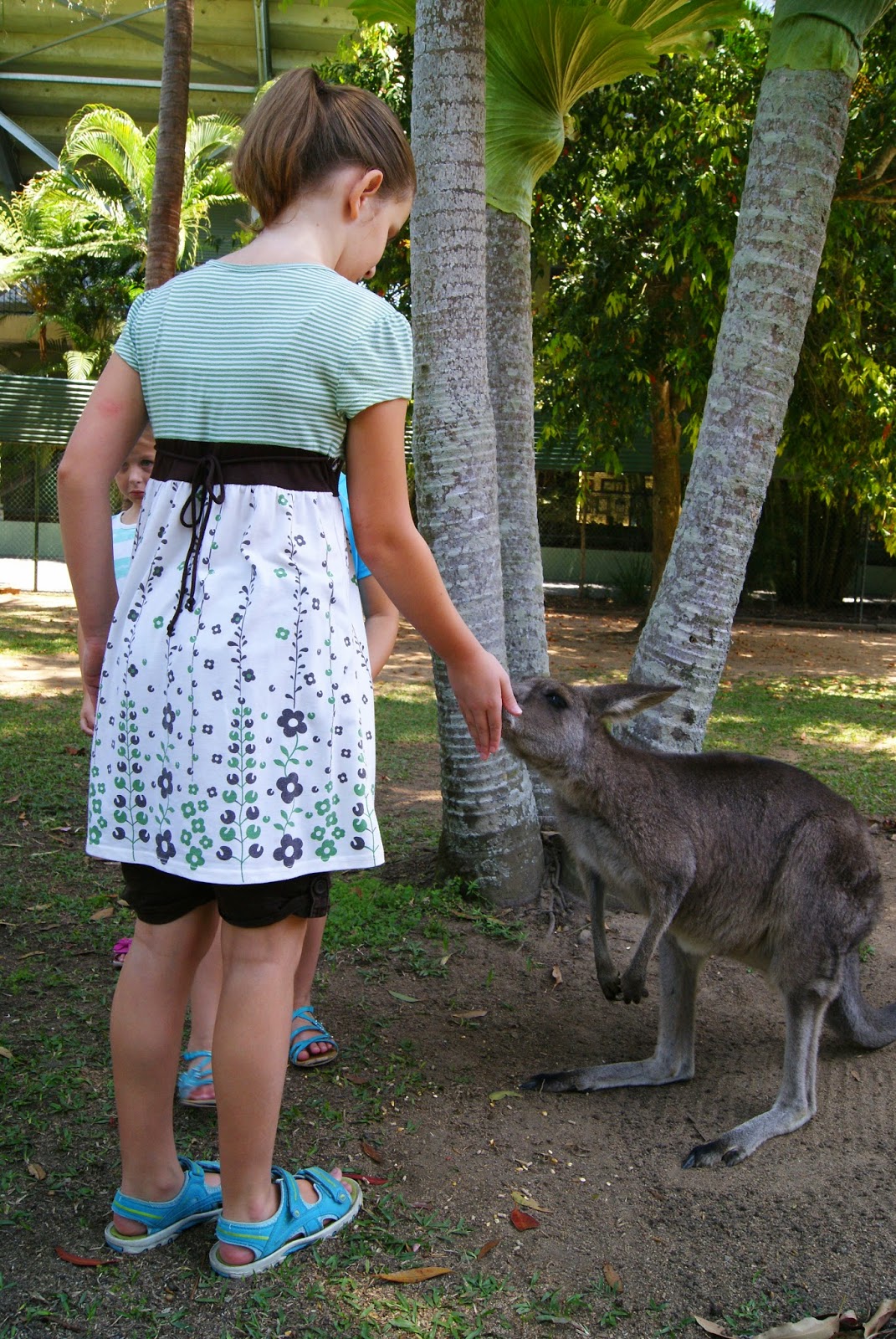 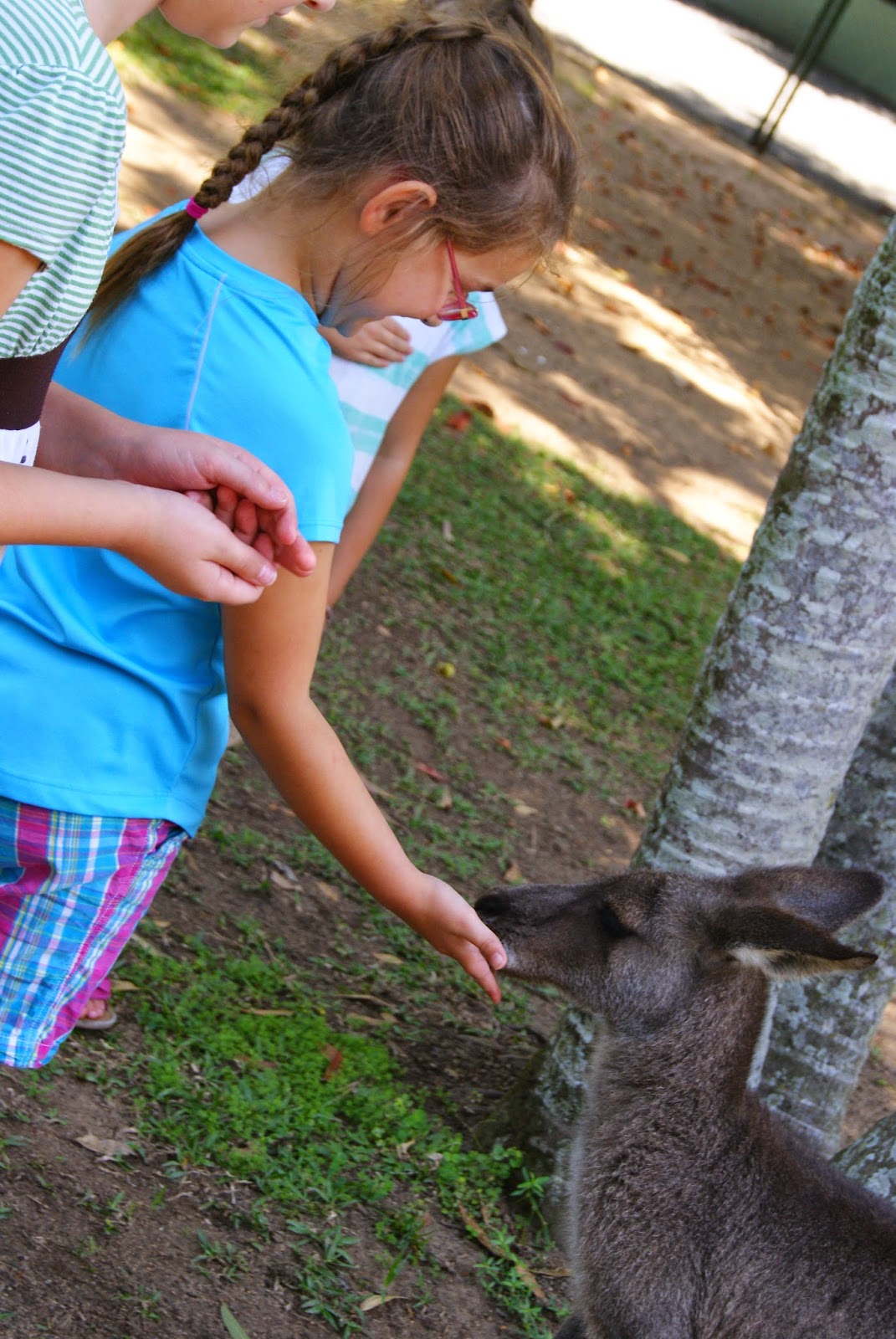 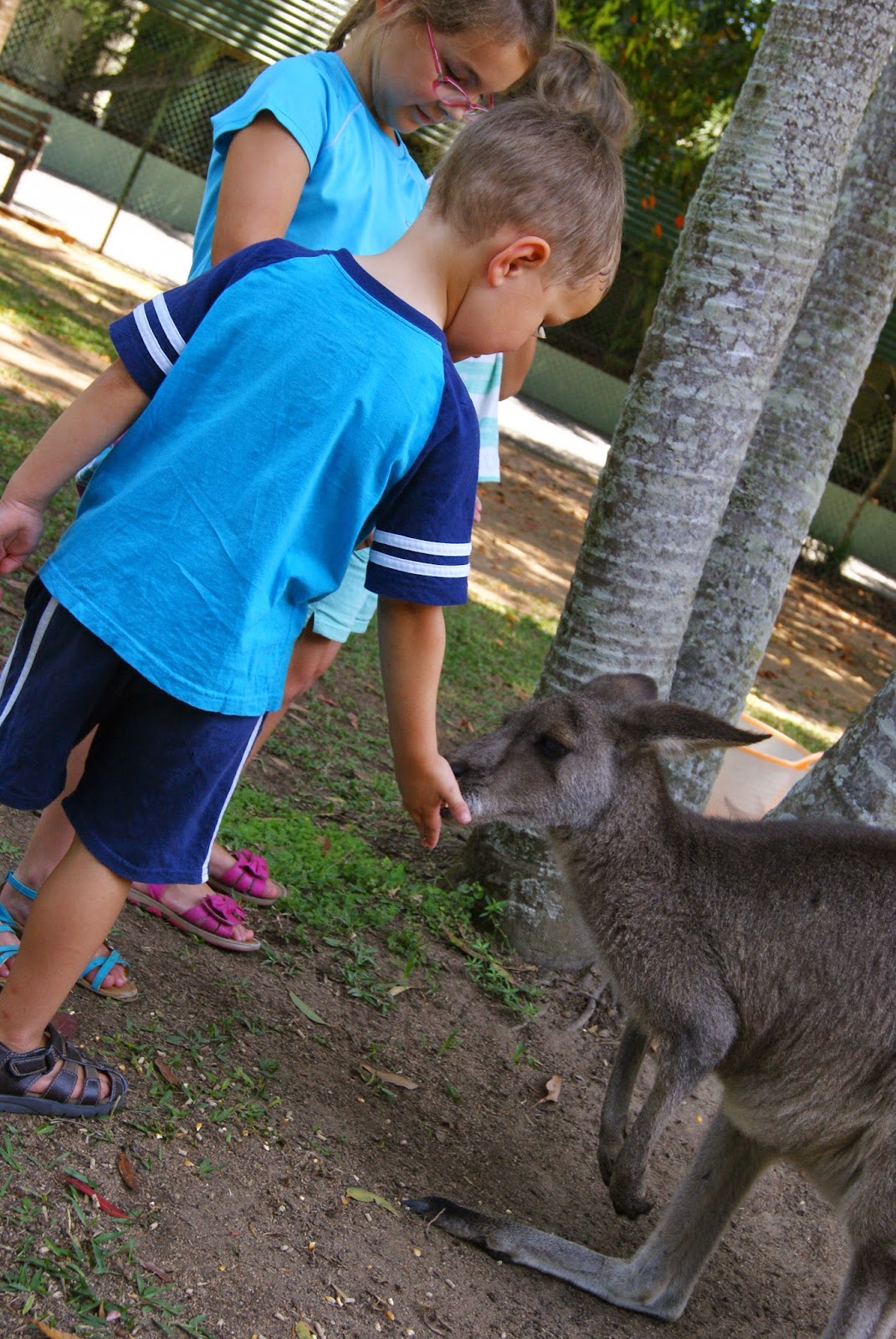 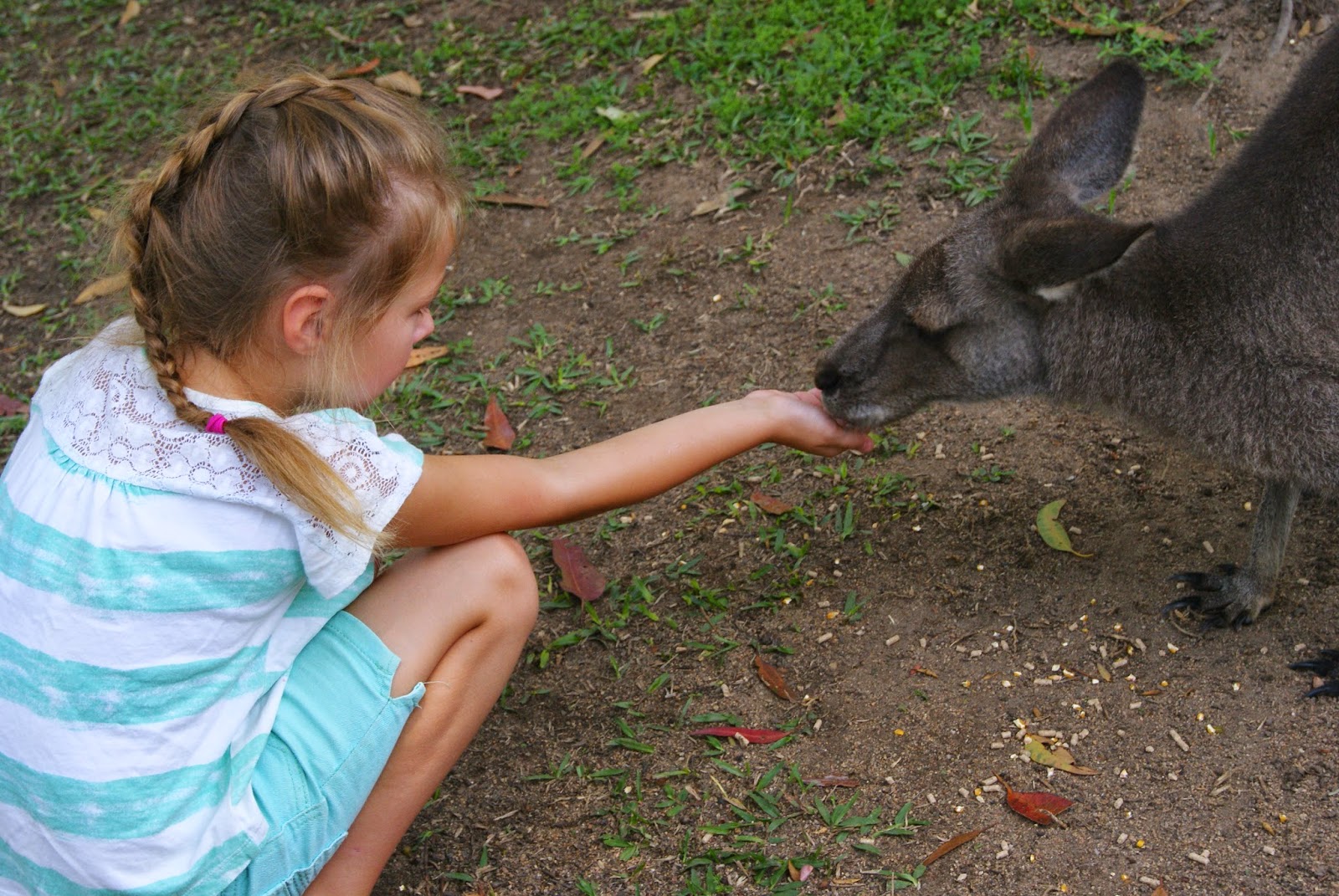 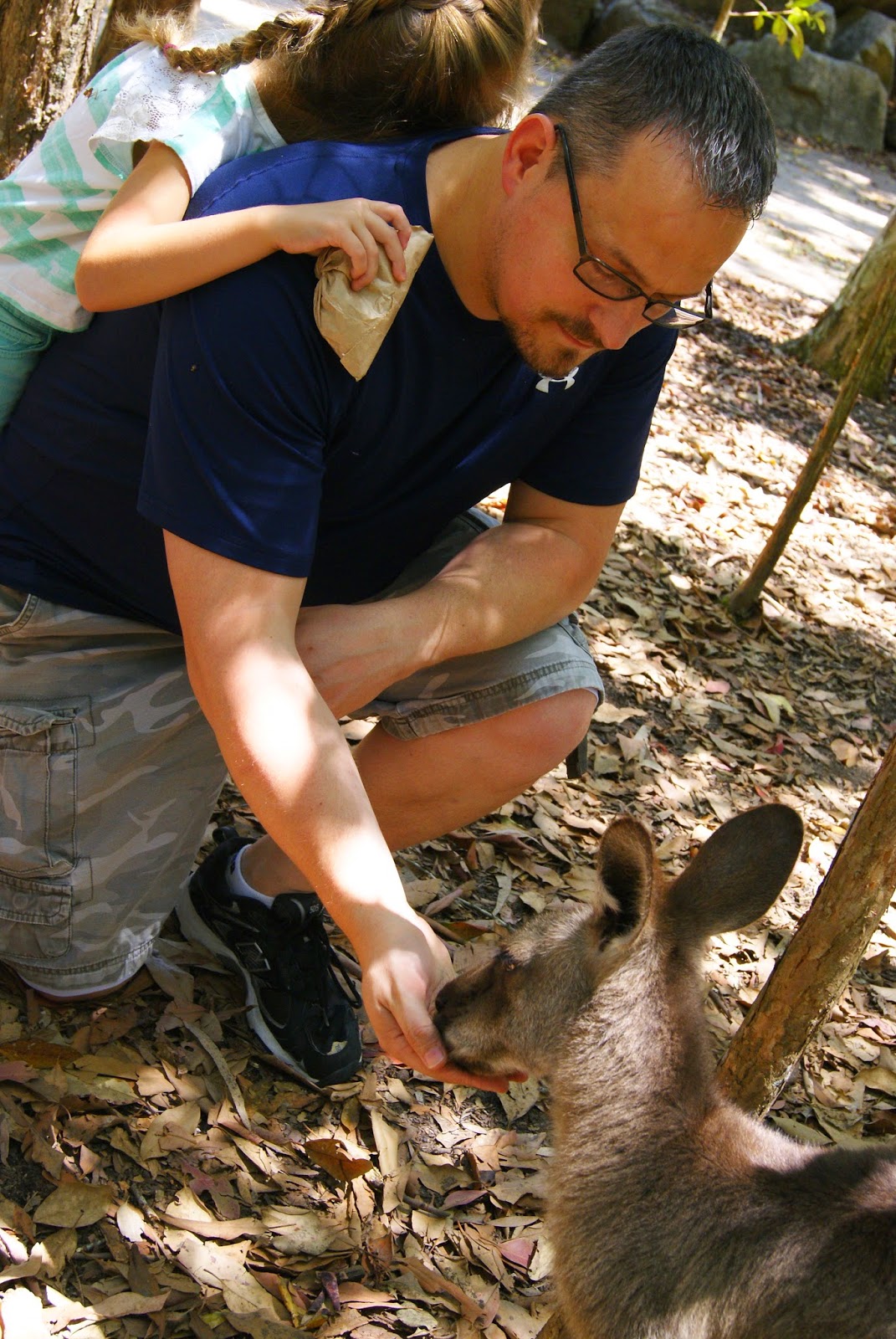 And, in true Crocodile Hunter fashion, there is a wildlife show at noon, featuring a variety of animals, but most awesomely, crocodiles: 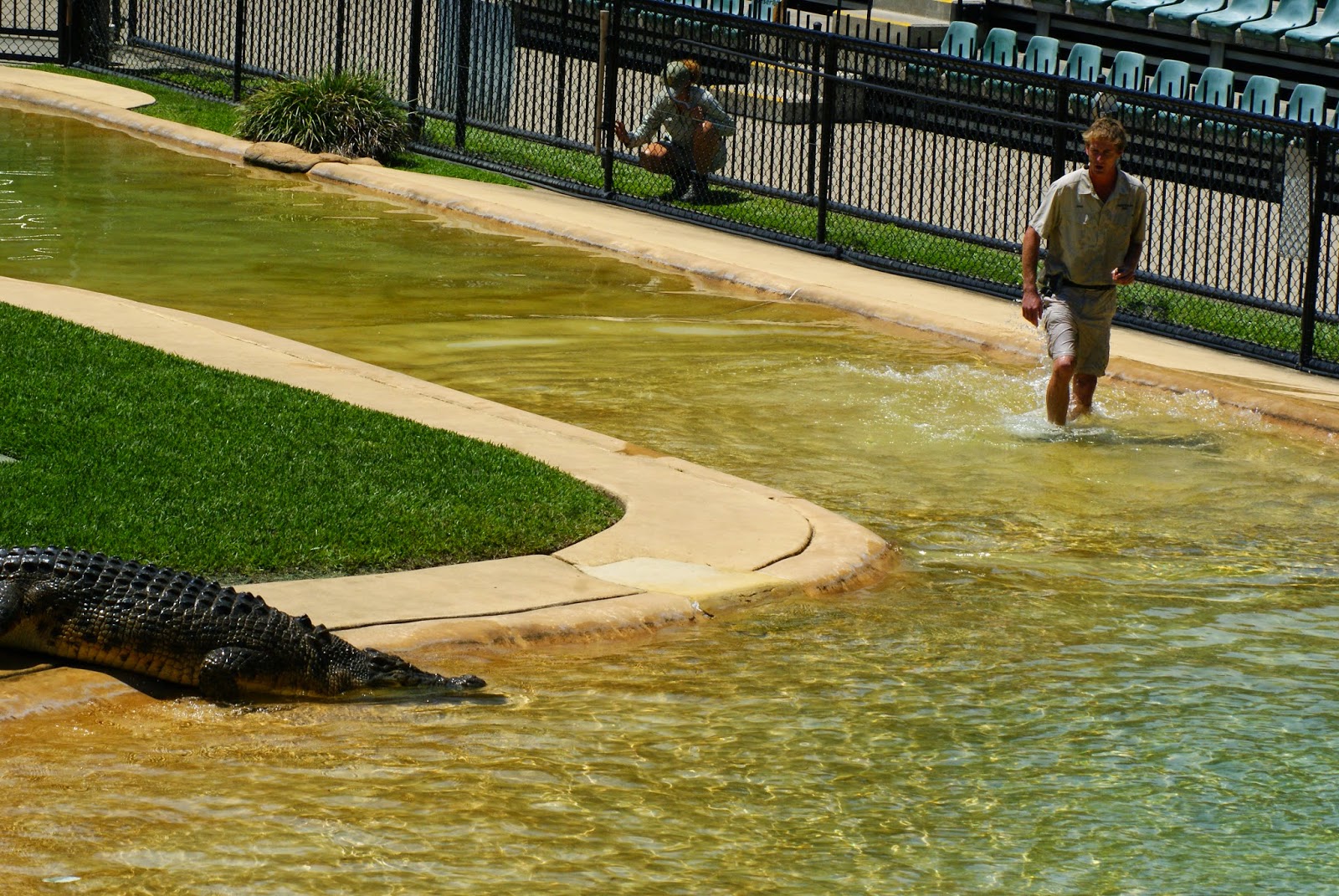 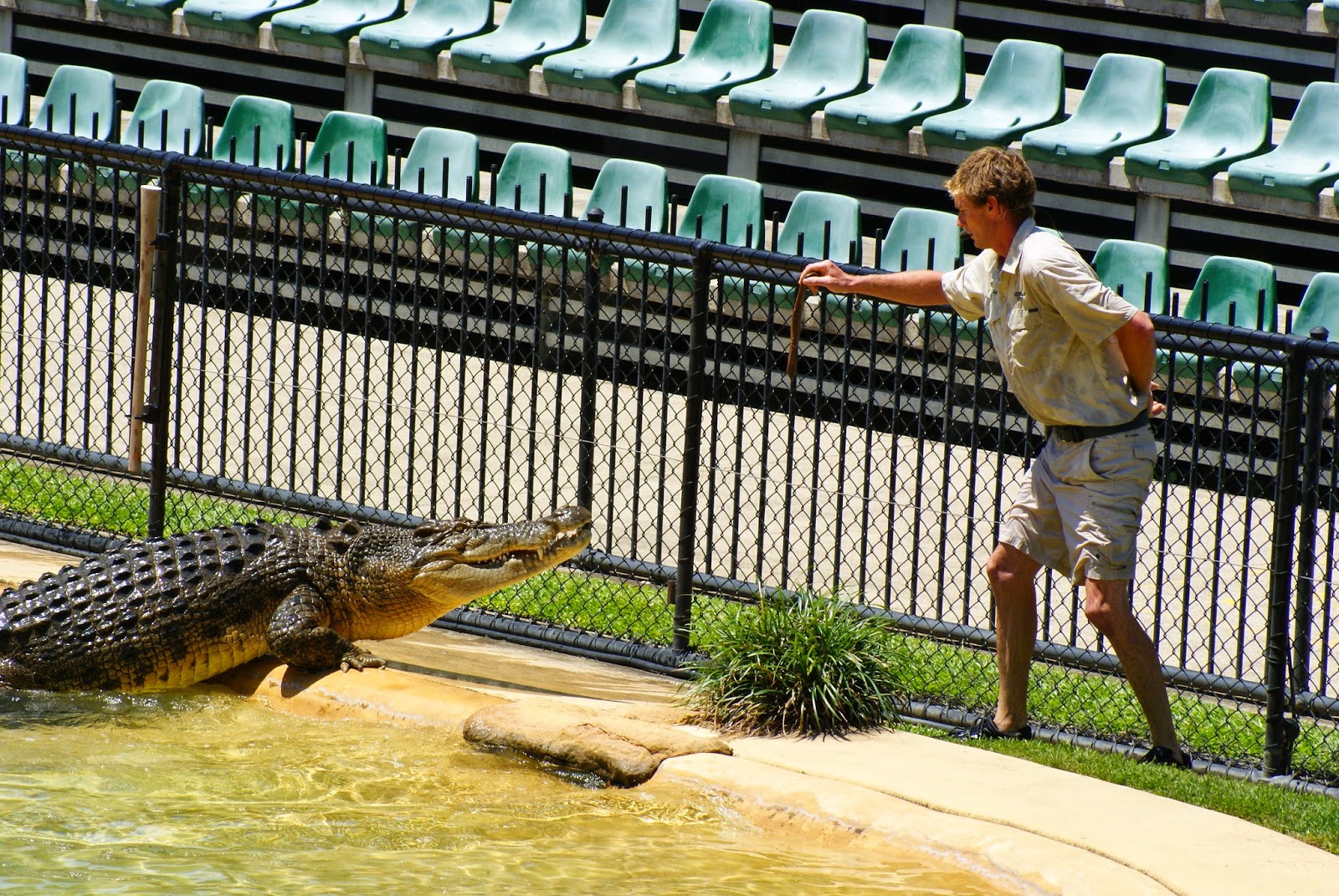 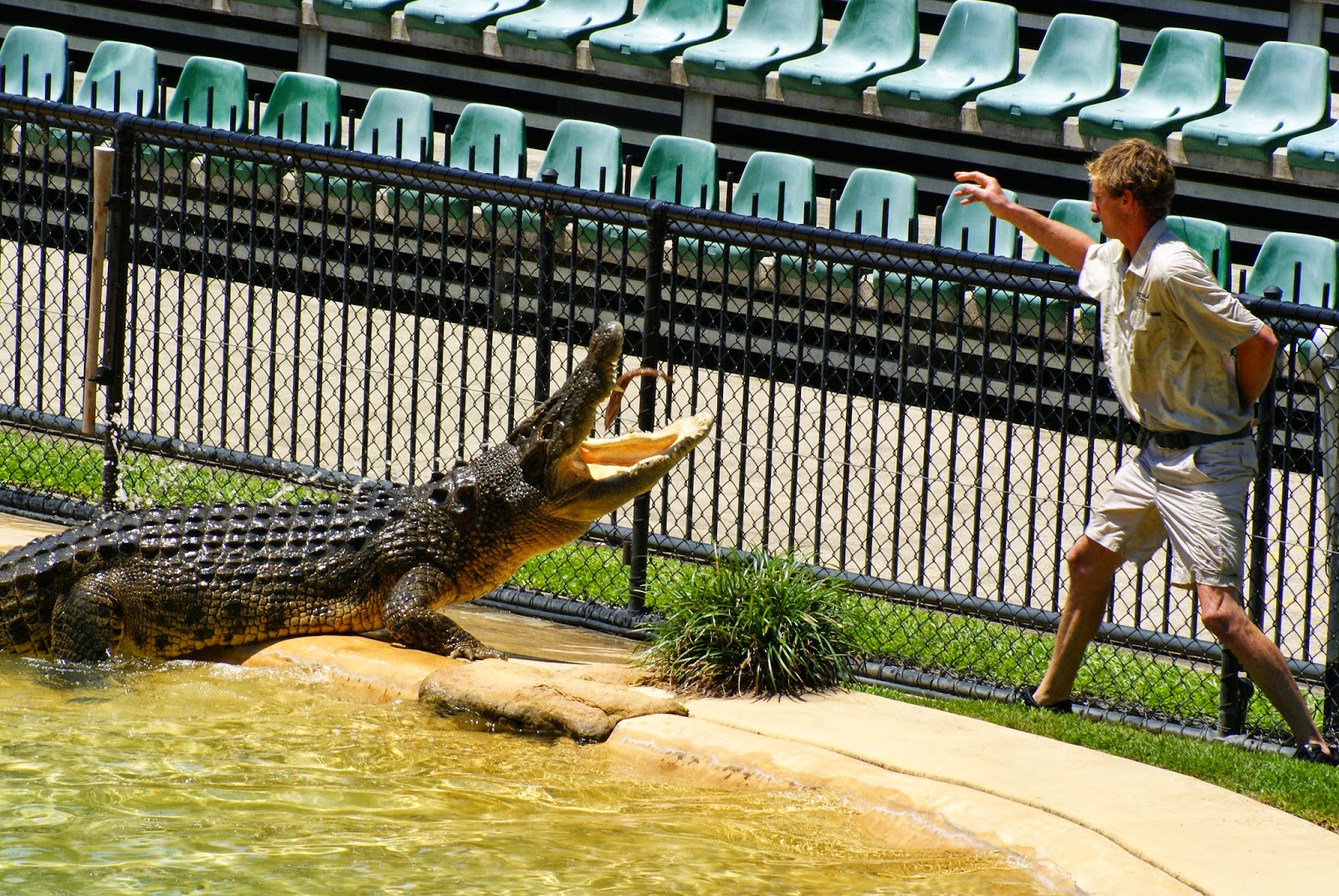 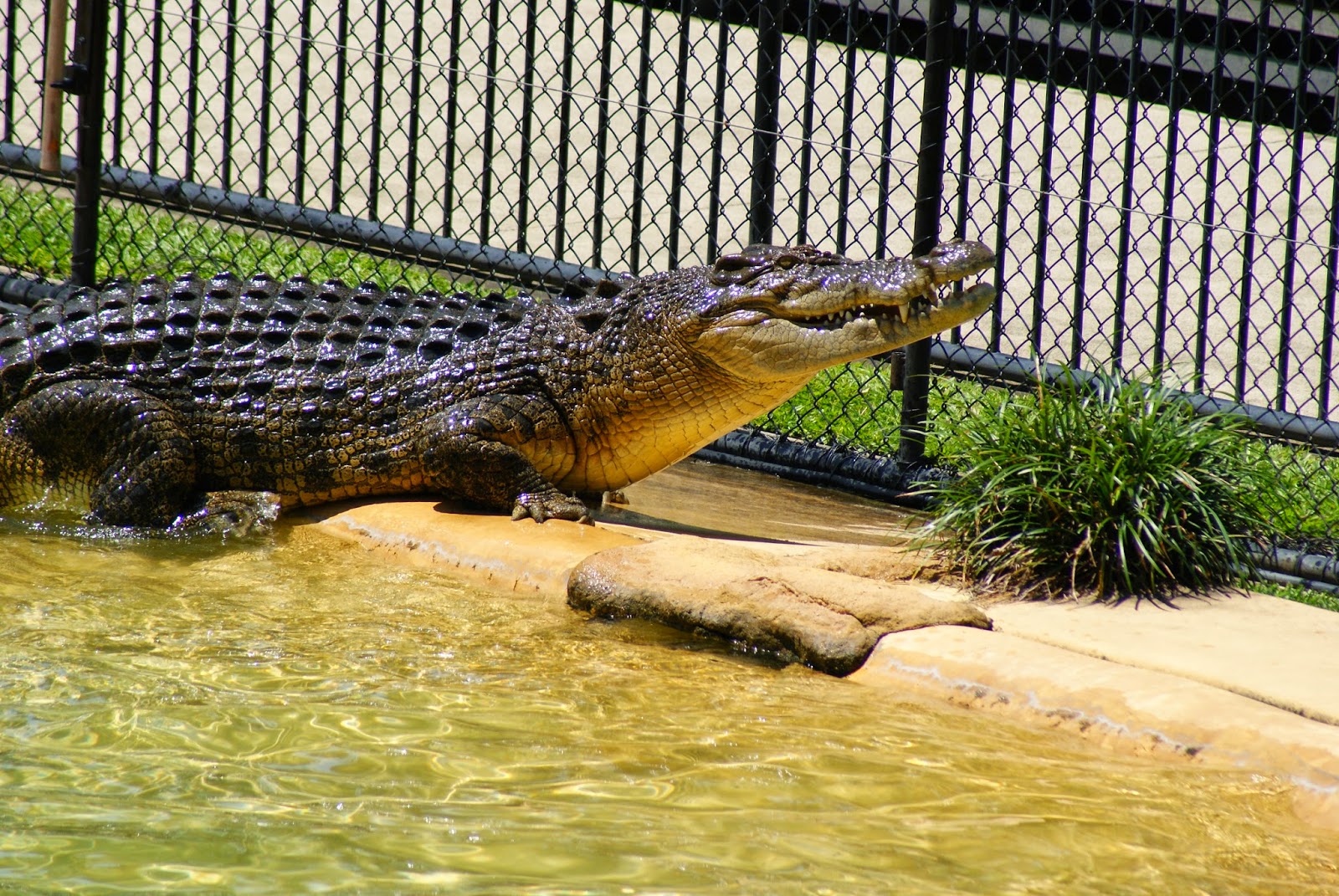 We had a really good time at Australia Zoo.  It was a good weekend together, and we learned a lot about many different animals.  Highly recommended experience.