Do you, if you happen to be a blogger, find yourself battling between the urge to go overboard with taking pictures, and the urge to just relax and experience what's going on around you instead?  I do.  The latter frame of mind has been winning this year, so there's not much in the way of photos to show what we've been up to.  (As my cousin would say, "Sorry not sorry.")

Imagine my surprise when I uploaded last week's school pictures and found a couple of Thanksgiving shots!

2013 was a big year, Thanksgiving-wise, for Bluebird.  It was the first year she was put in sole charge of a dish.  I handed over the reins of The Green Bean Casserole, and she took to her task with great solemnity: 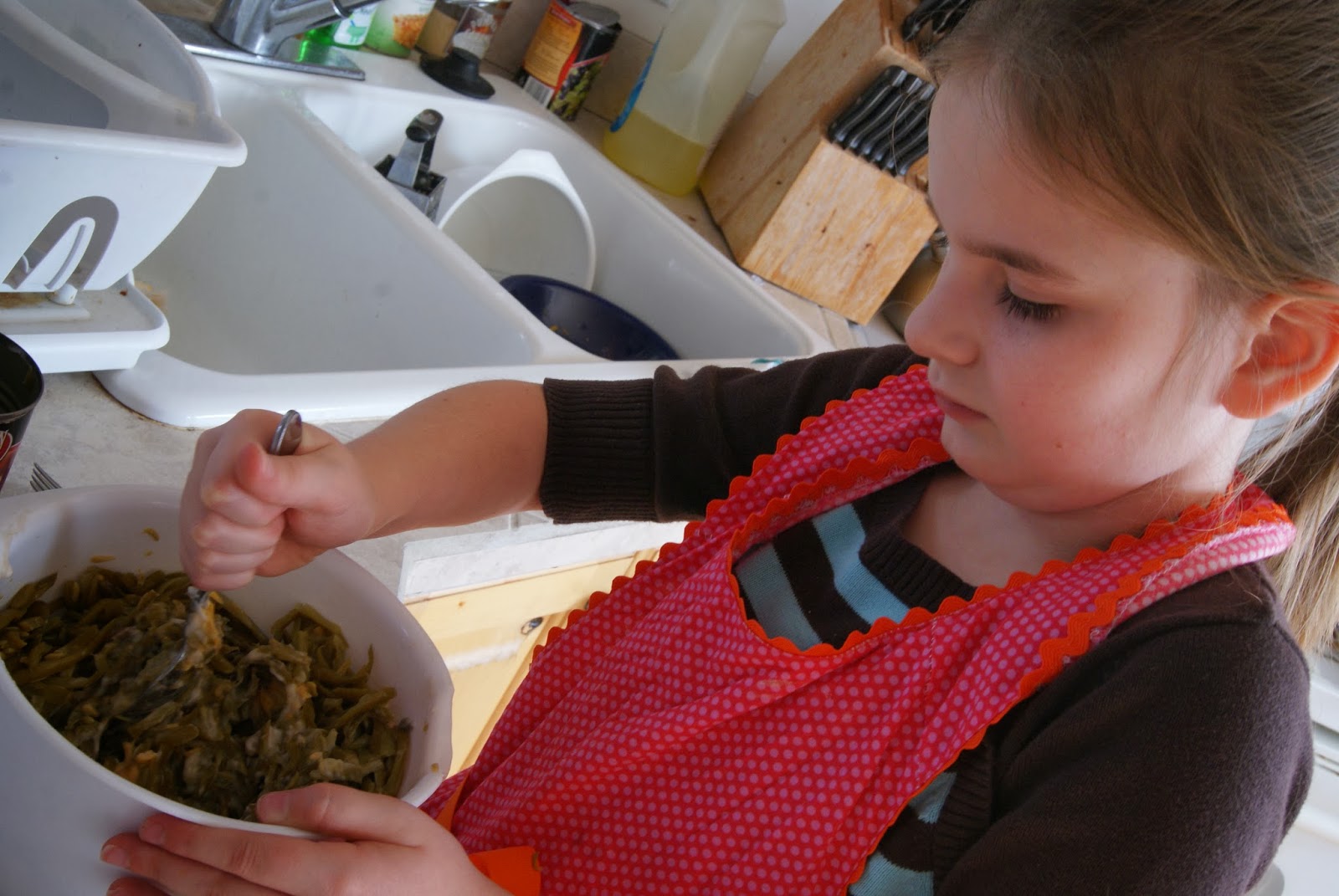 (It turned out well, which is saying something because I don't even like Green Bean Casserole.)

And, on top of the surprise of finding Thanksgiving pictures, imagine my surprise at finding myself in one of the pictures, peeling potatoes with Miss Bluebird: 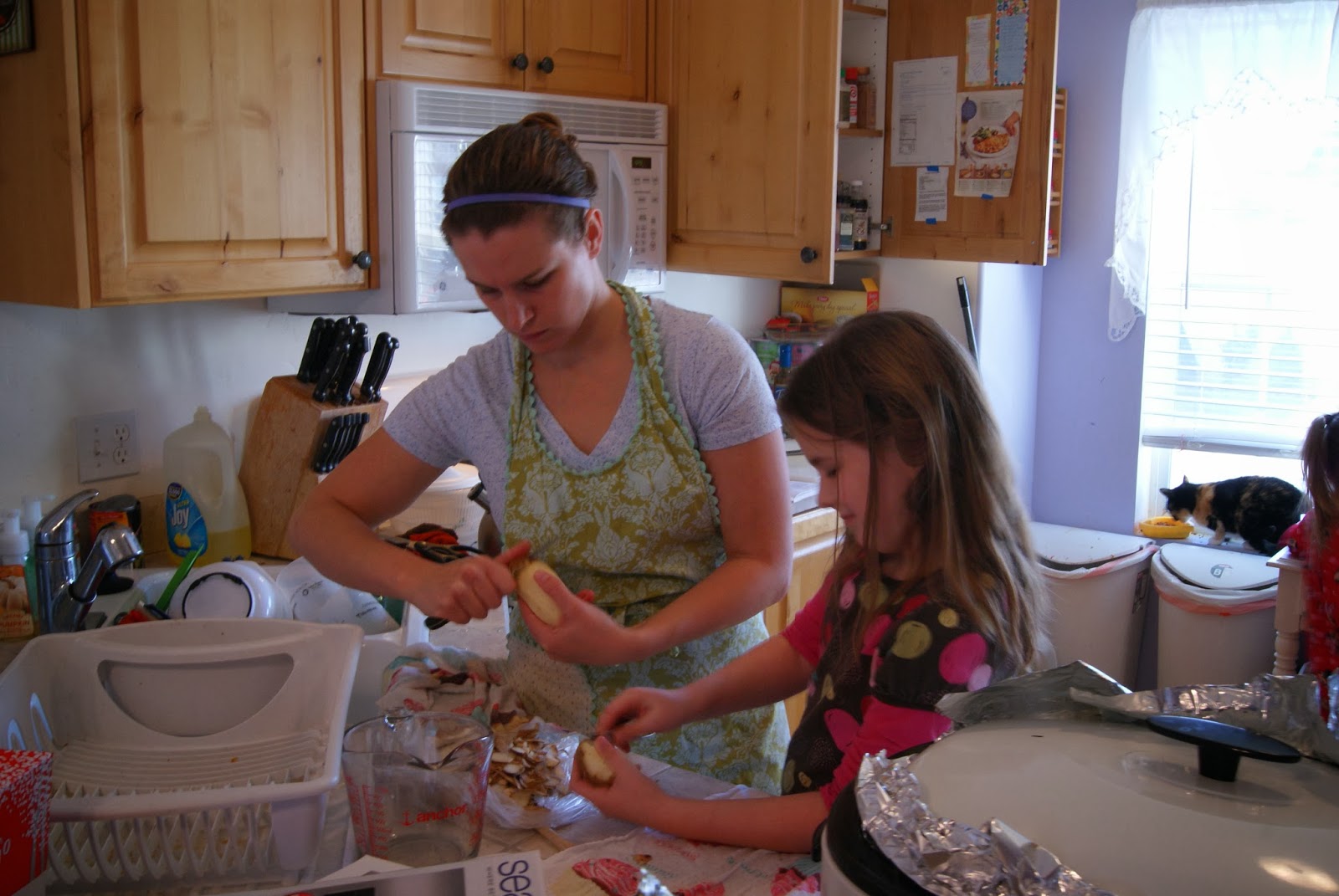 I sort of love no-makeup photos of women.  I don't know why, I just do.  I try to include them so my kids can see them.  I don't know why that's important to me either.  Painting the entire portrait of a person, I guess.

Monkeyboy was excited about Thanksgiving dinner, particularly the Caesar Salad: 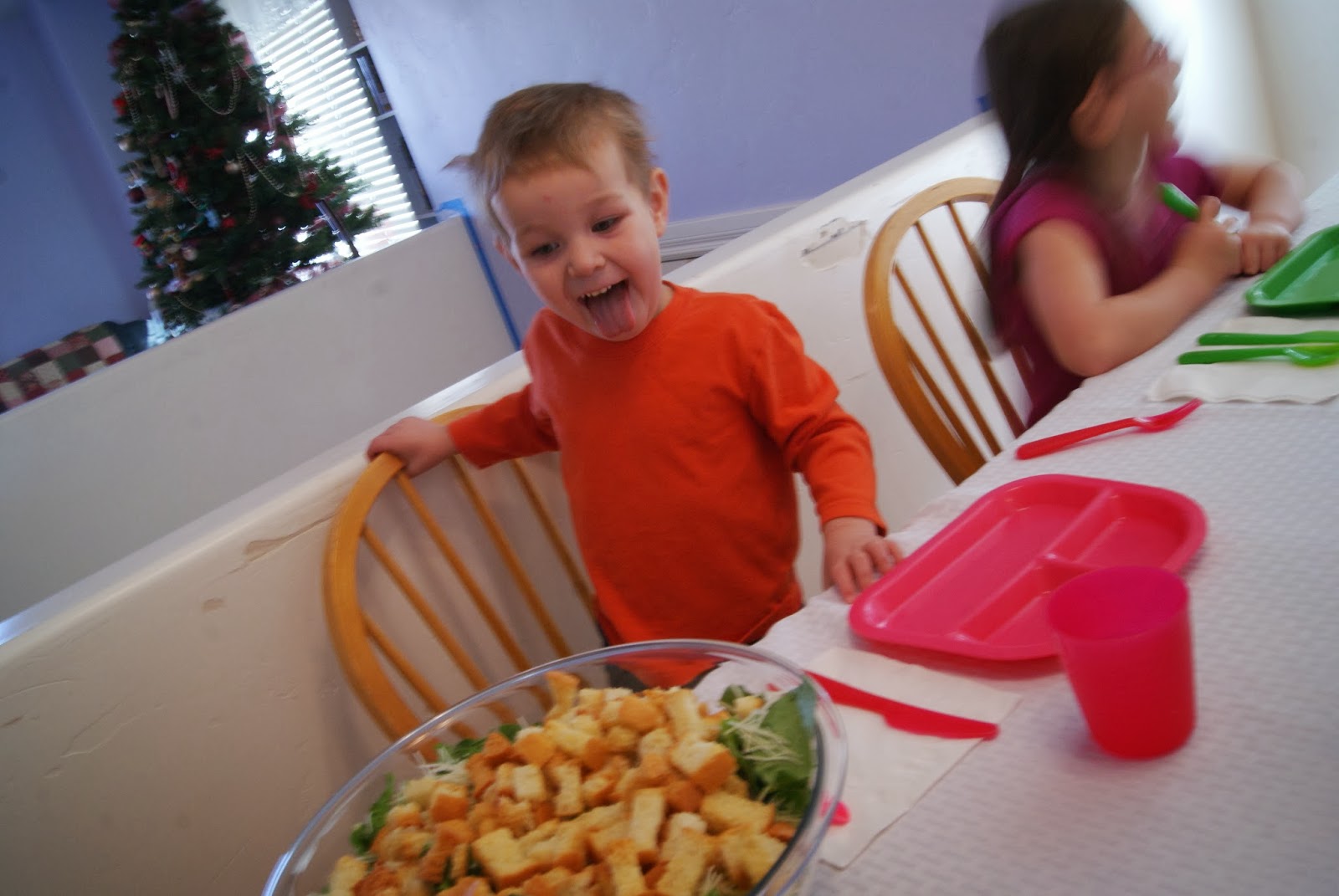 And there was some Christmas crafting after the dinner was finished.  (Cinnamon Spice Salt Dough ornament garland, in case you're wondering.) 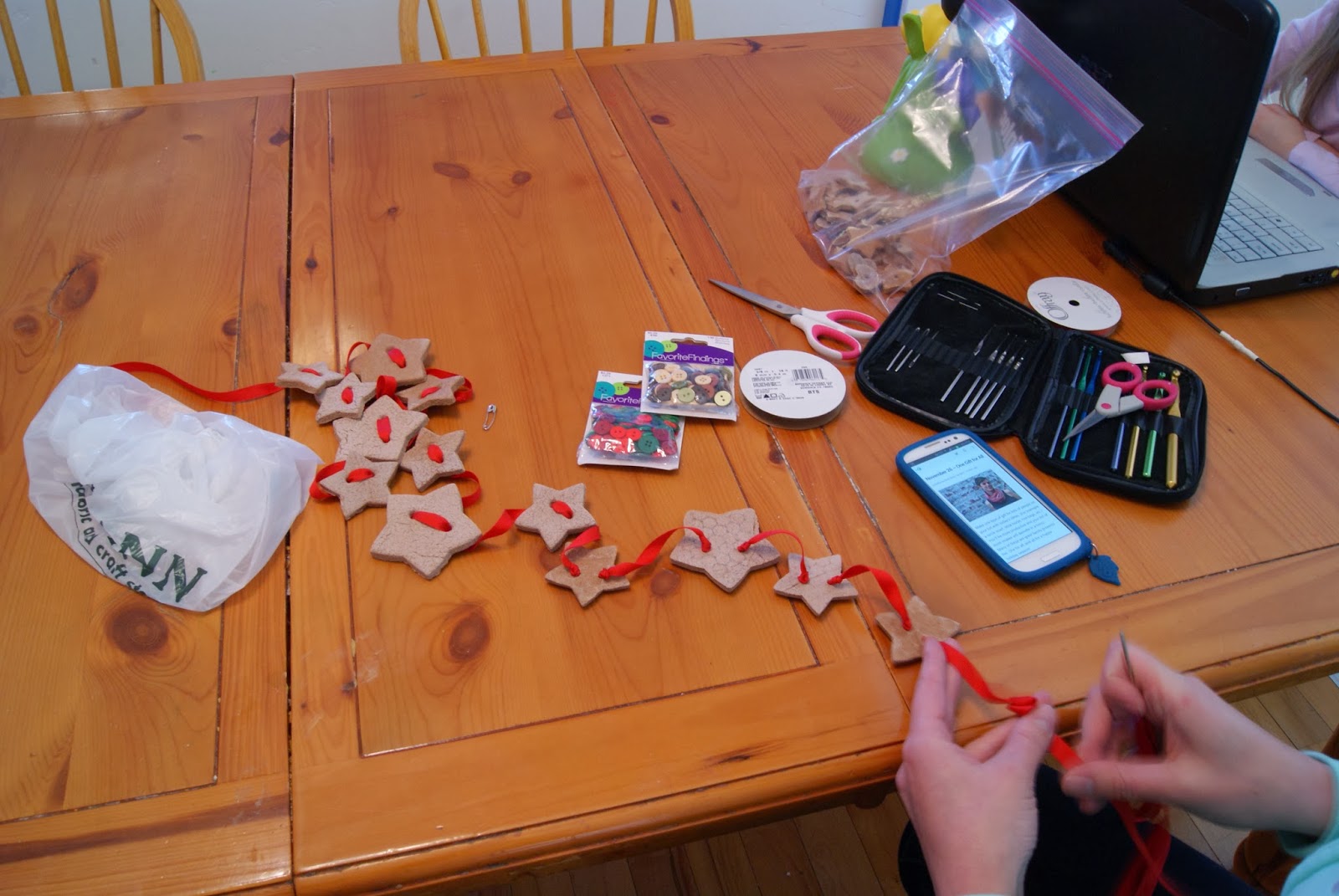 Holiday or no holiday, that's a good day in Brooketopia.
Posted by Cara at 4:47 PM