Thankful for our Village

We live in a great neighborhood.  I confess that I complain a little bit about how close the houses are to each other, and how it can sometimes feel like everyone is watching each other, but then we have moments where I realize what a huge blessing it is to have all those people in our lives.

My children's piano teacher lives down the street, which makes going to lessons super simple.  Plus, because we attend church together and serve together (she's the Primary President, I'm the Primary chorister), I know what kind of person she is and I don't worry about my kids being away from me while they're at lessons.  PLUS, her kids are my kids' ages and they get to play together while the other has their lesson.

And then we have two recitals each year, where we get to gather with what seems like half the neighborhood and revel in the musical advancement of our "village."  I've been allowed to watch these neighborhood kids mature from shaking on the bench at the first recital, to playing at frantic speed just to get it over with at their second recitals, to playing chords and showing the beginnings of musical interpretation at this last recital. This was Penguin's first recital, as she only started taking lessons this past summer.  Penguin was the very first performer on the list, and she was very nervous.  I love to watch Penguin when she's nervous about something because she refuses to give up, ever.  She might shake like a leaf, but she'll lock her knees and stand her ground and get through whatever it is she wants to get through.  She's that quiet little person who's content to just watch what's going on around her, but when action is needed, she'll rise to the occasion.  She makes me so proud, and she didn't disappoint at the recital.  She played all three of her songs from memory, and remembered to smile when she walked to and from the piano.  This girl gets the job done. 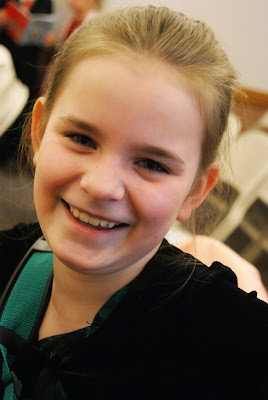 This was recital number three for Bluebird, who approached it with all the swaggering of an old pro.  She's confident in her abilities, and she also did very well with her three pieces.  There are three other children her age in the "piano group," and two of them started taking lessons a year or two ahead of her and are working out of a higher book, so they played more difficult pieces.  I watched her face while they played, and tried to hide my smile as I saw some definite expressions of competition wash over her.  After the recital I heard her mumbling to herself that she needed to work harder so she could get through her current (new) book and catch up to them.  One part of me says, "Go get 'em, girl!" and another part of me says, "Don't turn everything into a competition.  Those kids are your friends, not people to conquer."

I'm so thankful we live where we live.  It's great to watch all these kids grow up from babyhood together, and watch their talents come to light.  There are so many parents in our neighborhood who are a part of this "loving village" mindset, and I'm so glad my kids can see their examples of love and hard work with their own families.  It's really something special. 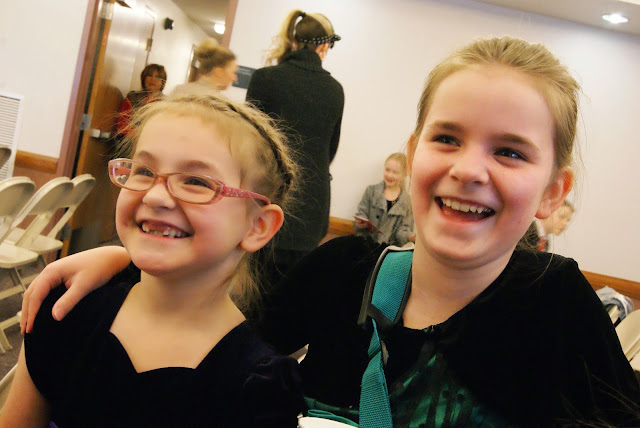 And I'm thankful for this guy: 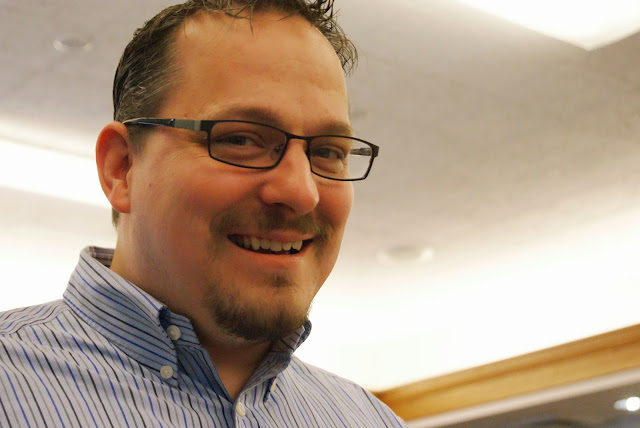 He'll unhesitatingly admit that one of the reasons he married me was for my musical talents.  He had decided, as a teenager, that music was something important for his future children, and when he met me he thought he'd found someone who could help him achieve that goal.  He's never grumbled about lesson fees, or having to hear the kids practice over and over, or the time it takes to go to recitals, or the "motivational" trips to the music store to buy some new music when the kids get stuck in a musical rut.  He praises their efforts, and rewards them after recitals with lunch at their favorite restaurant to celebrate their jobs well done.  He knows that their musical education will bring them great blessings, just as much as the other parts of their education, and encourages them to take their lessons seriously.  I just love him so much for all that he does, and all that he helps me do.  We're such a great team.

He also stands behind me and makes silly faces to help get the girls to smile when I'm taking their picture: 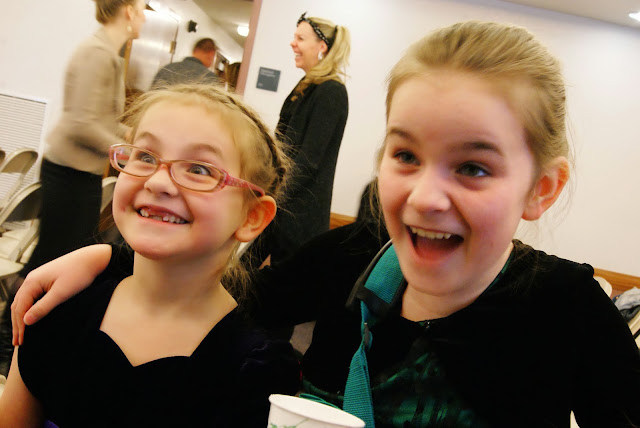 It's just another part of my life that's ridiculously awesome.

Thank you, Heavenly Father, for a blessed life.
Posted by Cara at 7:23 PM