I'm looking at October with hopeful eyes.  Big, ridiculously exaggerated eyes of optimism that October will bring a change.  A change in attitude, a change in energy...some sort of positive change that will make this school year blossom.  Bring it, October.  We love you, October.  September has kind of just peed all over our plans and we're just tired of its antics.

We're moving along like molasses.  Slow and steady gets the job done, so we're sticking with it.  I was glancing through the random files I've uploaded from the ol' camera, and random pictures I've posted to Facebook, and realized that we have photographic evidence of stuff being done.  (It's just, that by Friday, I'm too tired to remember that we did do stuff during the week!)

Bluebird kept busy with her archery club, and both she and Penguin are participating in a "Kaya" book club which meets twice a month to discuss the next book in the series and do little activities and crafts.  The both of them also have piano lessons once a week and enjoy going to those together. 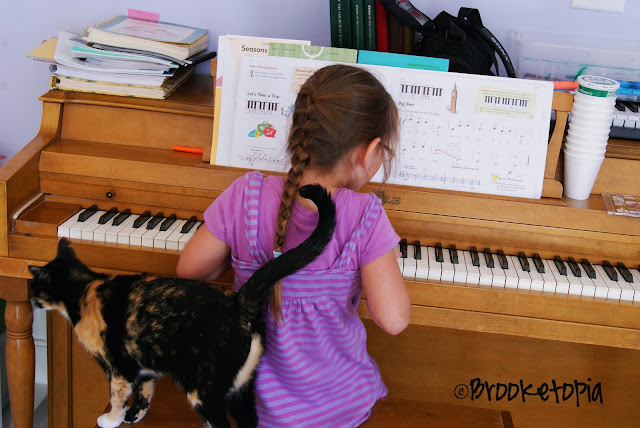 I've been trying to focus a little more on enjoyable learning time together--our morning devotional has nearly doubled in length with the addition of some much-appreciated read aloud time.  I knit while I read aloud (I lay the book flat open on the couch, for those of you who asked) and Bluebird has caught the knitting fever as a result.  Our read aloud right now is The Fellowship of the Ring.  I think we'll take a break when we finish and read something that appeals more to Junebug and Monkeyboy. 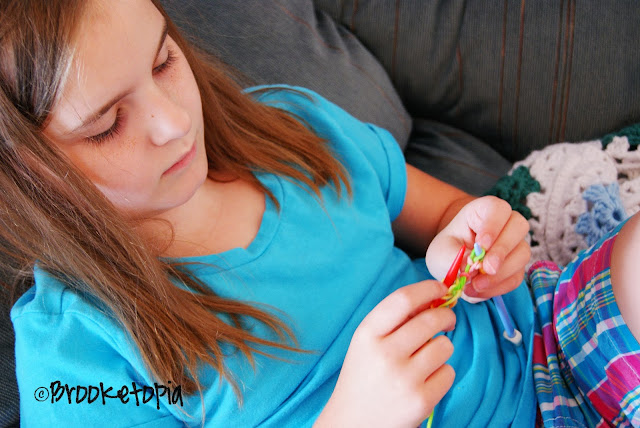 There's been a lot of individual reading going on around here in the last few weeks as well.  So far this year, Bluebird has read Across Five Aprils, Lincoln: A Photobiography, and right now she's working on Behind Rebel Lines: The Incredible Story of Emma Edmonds, Civil War Spy.  Penguin has read numerous books about Abraham Lincoln, but most came from the library and I cannot remember their titles--I do remember one called Looking at Lincoln.  She's working on a children's version of Treasure Island right now.

Junebug is still enjoying Kindergarten.  She loves her penmanship book and usually does 4-6 pages a day, even though I say she only needs to do two pages. 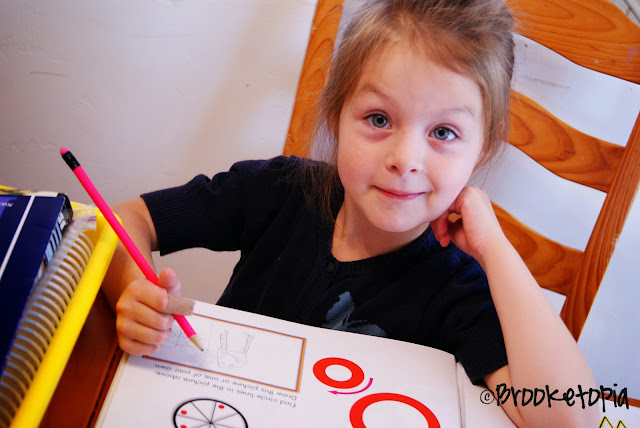 We have a busy week ahead next week!  Hopefully I'll remember to take pictures!