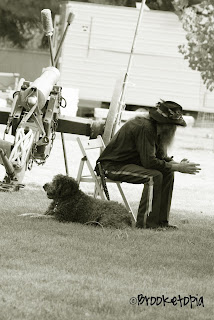 Here we go again!  We got in two weeks of schoolin' during the summer before deciding to ditch the idea, so this week was another go at gearing up for the "new" school year.  It went a lot better this time around, for which I'm very grateful.

We started our study of the Civil War over the weekend, with a trip to Camp Floyd to see all their Civil War stuff.  I posted these pictures in that post already, but then I went back and edited them for a more period look: 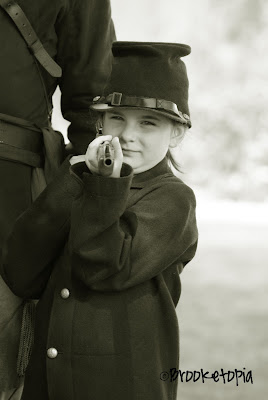 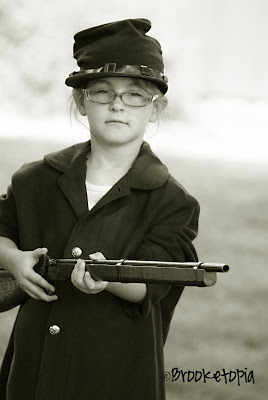 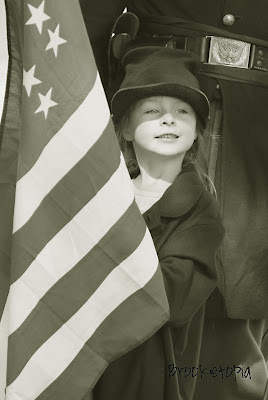 We're easing into the year--we did math, penmanship, spelling, grammar, and writing this week.  We also started our study of physics, and started attending a handful of activities that will take place this semester.  Next week I'm planning on adding in another two or so subjects, then two more the next week...until we're running at top speed again.

Tuesday morning, with all three school-age Brookelets working on their math lessons: 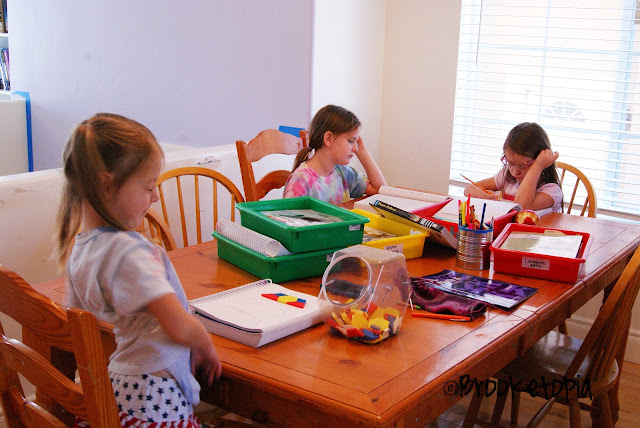 Math is going fine.  I am LOVING that Saxon 5/4 is pretty much done with meetings.  Just that little bit of mental math (which I totally support), and a new concept, a few practice problems to complete under my supervision, and then BAM! go do your work.  I start math at 8:30, and we break for recess at 10:00, and Bluebird has been pretty much done with her math by recess each day.  This is such a far cry from Saxon 3.  Luh-uh-ving the independent focus.  Penguin's cruising along through the review work at the beginning of her new book, and Junebug is doing splendidly with her kindergarten math.  I am thinking about bumping Junebug up into the first grade math book, just because I know she could handle it and the writing wouldn't freak her out.  We'll see.

We started learning about inertia and Newton's First Law of Motion, which necessitated the ol' "pull a towel out from under something" experiment: 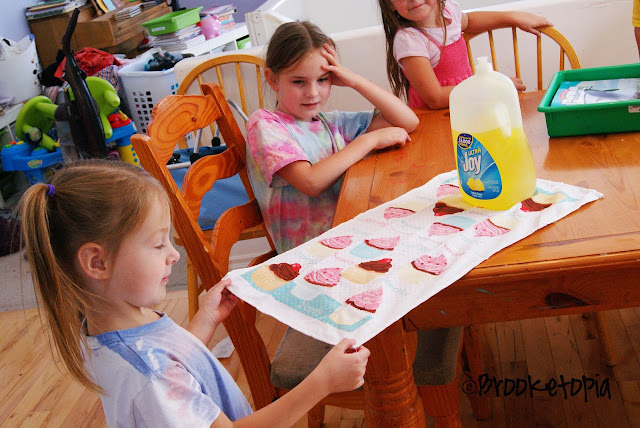 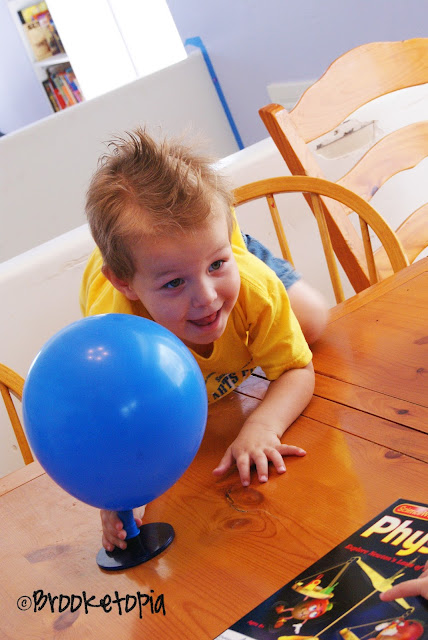 (It did indeed work--even with a five year old doing the pulling.  The jug was too heavy for the three year old to execute the task.)

And then we talked about friction and constant motion and the like while pushing around an "air puck":

Bluebird and Penguin are going to participate in a book club this semester, and we met with the other girls to pick raspberries this week: 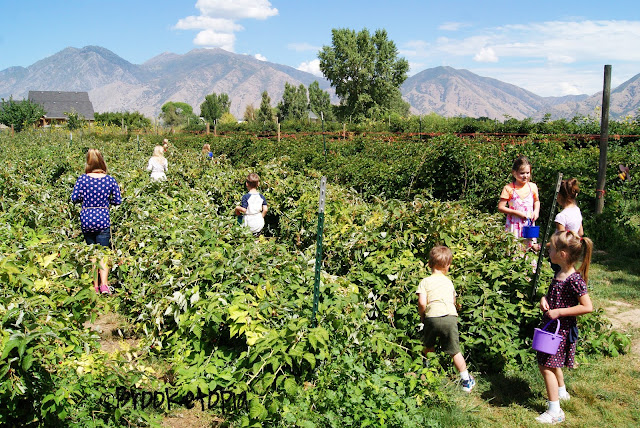 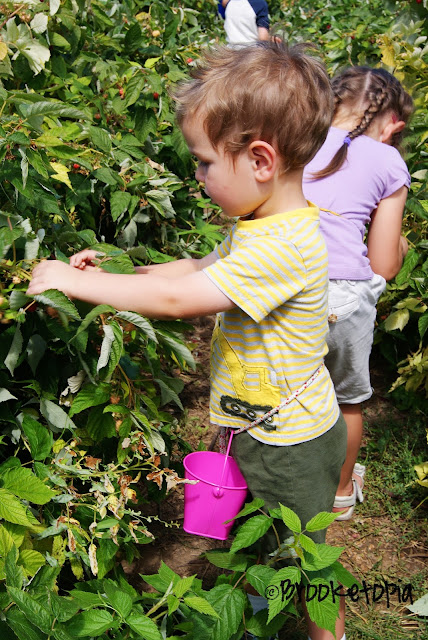 We'll be reading through the American Girl Kaya series, so the berries will be used for drying, dyeing, etc.

The group will learn about Native American topics, and we moms are busy with brainstorming ideas for future meetings.  Anyone out there have any fabulous ideas you'd be willing to share?  The group is comprised of girls ranging in age from 6-10 years old. 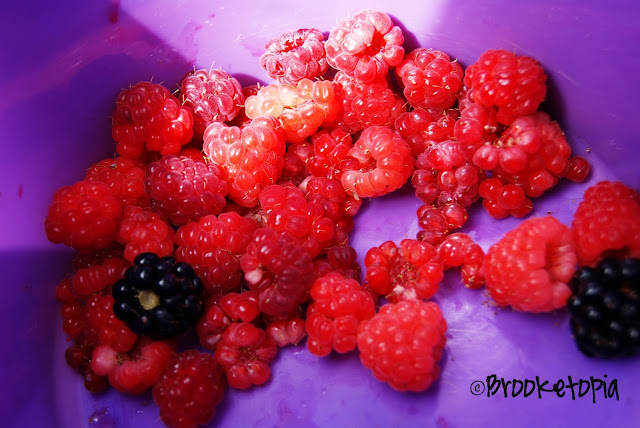 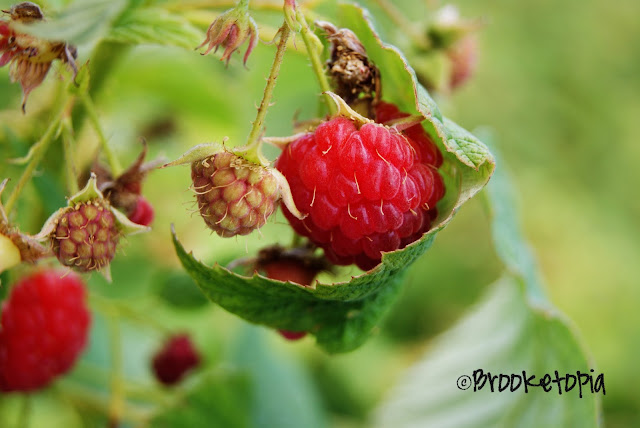