I never posted Junebug's birthday post from back in February, which I'm sure will bring up some sort of "You never loved me as much as you loved them!" accusations in the future.

The problem with Junebug's birthday is that it is right next to Valentine's Day and less than two weeks after Bluebird's birthday.  I'm completely done with celebrating stuff when her special day rolls around.  I need to fix this mindset, and quick, for future birthdays!

Back to the topic of this post:  Junebug turned FOUR this year.  FOUR is a bit of a weird age in our home because it doesn't really have any "special" milestones or extra privileges that go with it.  (In the past, they were allowed to play on the computer when they turned four, but we've since denied all children access to the computers and so it's obviously no longer something to look forward to...) 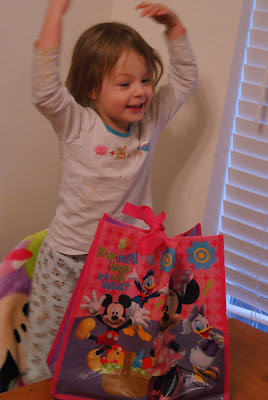 We start out a birthday with letting the Birthday Celebrant open their presents.  We used to wait until evening, but I realized a couple of years ago that the idea kind of stunk.  Since we cancel school on all Brooketopian birthdays, it only makes sense to let the Birthday Celebrant open their presents in the morning so they can enjoy them all day instead of opening them before going to bed and longing after them all the next school day.  Presents in the morning! 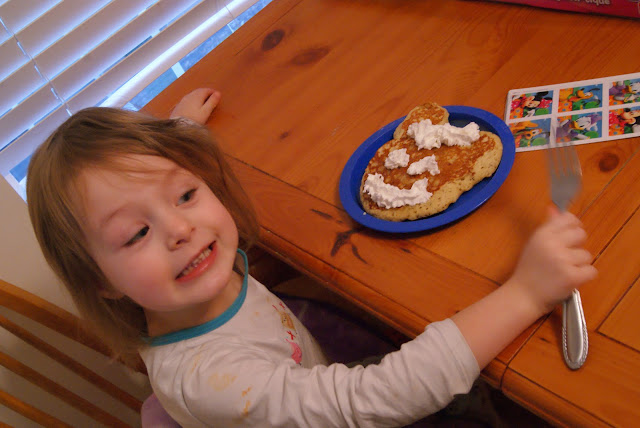 She ate Minnie Mouse pancakes for breakfast, and got dressed in her Minnie Mouse Halloween costume for the day. 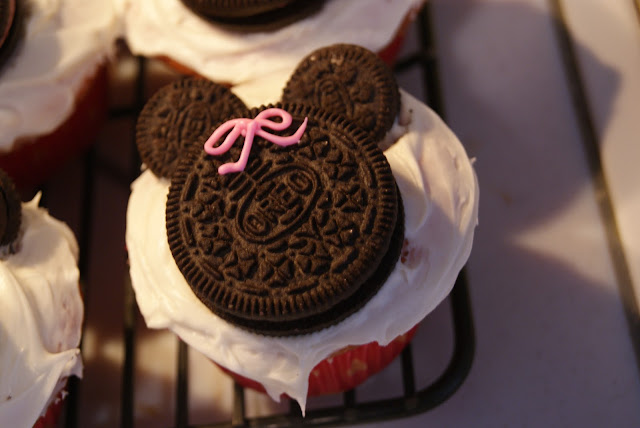 For dinner, she selected salmon and Caesar Salad, and we had Minnie Mouse cupcakes for dessert.

She had a good day. 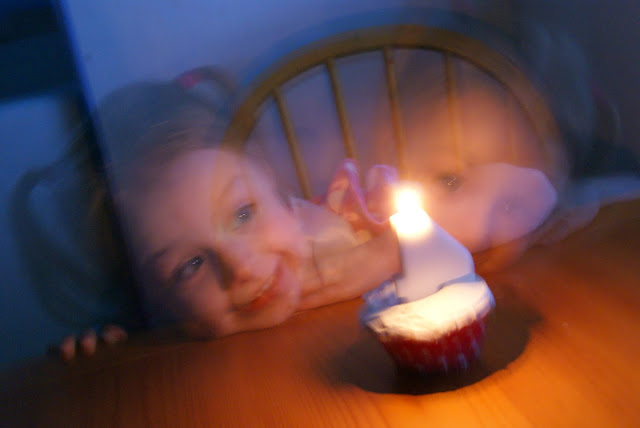 It's weird, I go back and look at baby pictures of her and I almost don't recognize them anymore.  She's always been a smiler, but those early days of babydom are disappearing more and more from her FOUR year old face now.  Slow down, girl!  :)
Posted by Cara at 12:00 AM