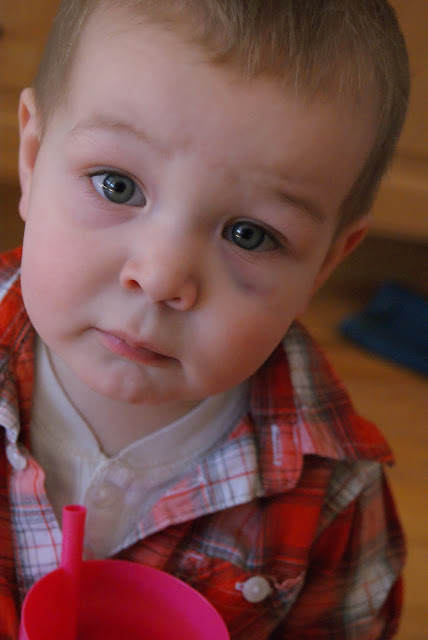 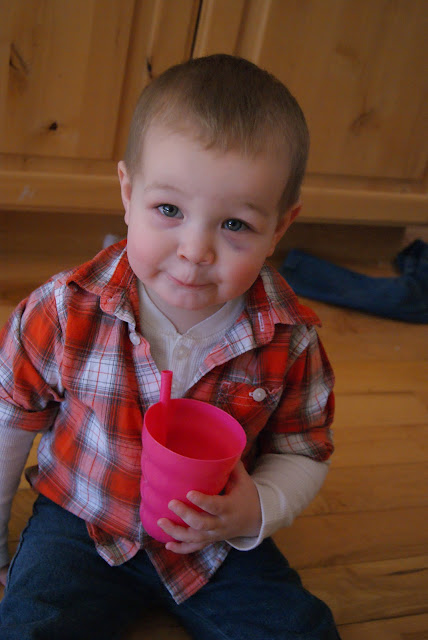 Every time he's gone to nursery this winter he's ended up with some form of contagious disease that makes it so that he can't go back for two weeks.  He was healthy enough to attempt nursery again on Sunday, and when I got out to the car and saw my boy (Michael picks the kids up from their Sunday School classes, as I tend to be accosted in the hallways regarding various music issues), he pointed to his head and said, "Bonk."  As in, "I bonked my head."

Sure enough, he was nursing the beginning of a black eye.

I imagine it's simply one of many that we will weather with this rough and tumble little guy.