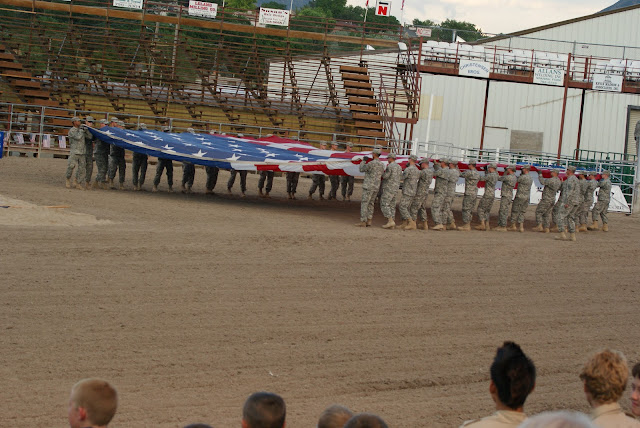 The Spanish Fork Fiesta Days kick off with a Flag Retirement Ceremony, in which old and damaged American Flags are retired in a respectful manner.  I read that Girl Scouts in full uniform were welcome to attend and actually help with the ceremony, so I marked it down on the calendar and took Bluebird to participate.  (Penguin came along too, so she could see what some of her duties as a Girl Scout will entail when she officially joins their ranks in September.)
If you haven't been to a Flag Retirement Ceremony, I highly recommend the experience.  The speakers spoke about the conception of the American Flag and tribute was given to veterans.  It was so neat to see various members of the audience, citizens of our very community, stand when their military branch's song was played by the band.  There were wrinkled veterans and veterans holding new babies and toddlers.  I brushed away tears many times as I thought about all the sacrifices that have been made by the people I walk by on the street everyday to keep this country safe for my family and myself.
﻿﻿
﻿﻿This is Utah, home to the LDS Church (Mormons), where Boy Scouting is, literally, part of our religion.  Since Scouts were invited to help with the ceremony, the troops came out in full force.  Hundreds of Boy Scouts were out on the ground!  And then there was one little flash of bright blue--Bluebird, the only Girl Scout in attendance.  She was stopped by a lot of people in the stands who said it was so nice to see a Girl Scout there.  (I'll need to notify our Service Unit next year about this event so we can be better represented!) 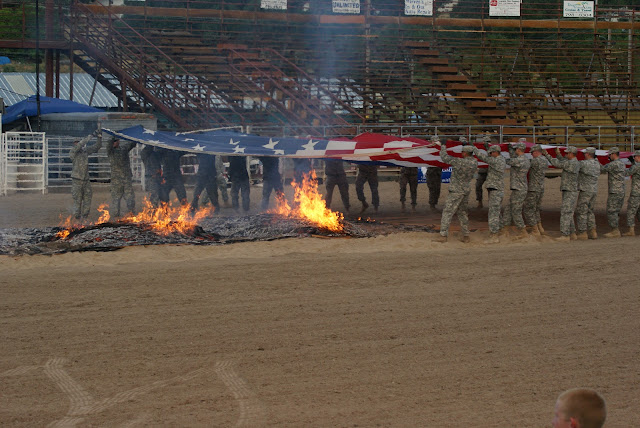 The Macey's Grocery Store chain flies enormous American Flags outside each of their locations, one of which is in Spanish Fork.  It is the first flag to be "retired" at the ceremony.  Prior to the ceremony, anyone can drop off their tattered flags with the Utah National Guard in the arena and they fold them up and those flags are what the Scouts carry out to the fire, to hand off to the soldiers who actually place them in the fire. 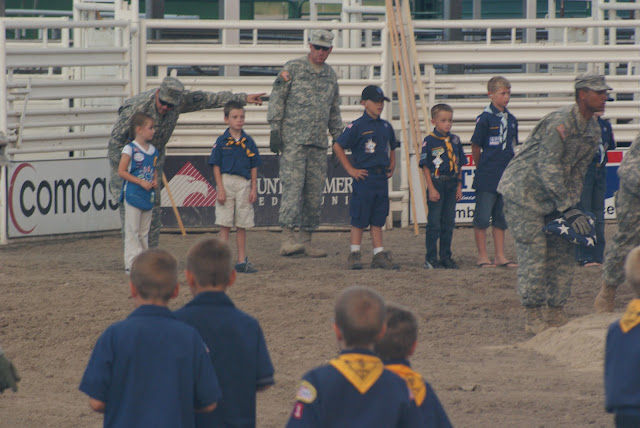 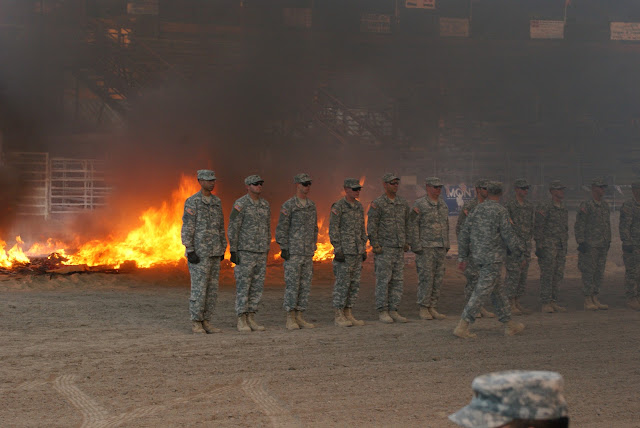 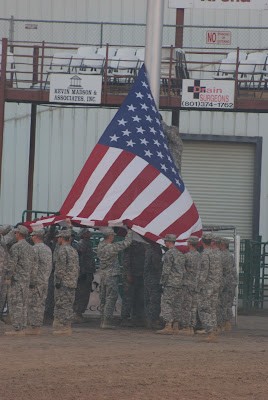 A new flag is hoisted up the flag pole following the burning of the old flags, and when it reaches the top they fire off many rounds of field artillery, which Bluebird described as "the second worst part of the whole thing." 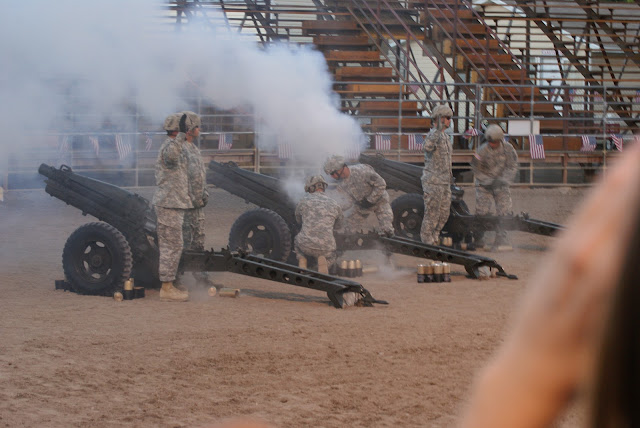 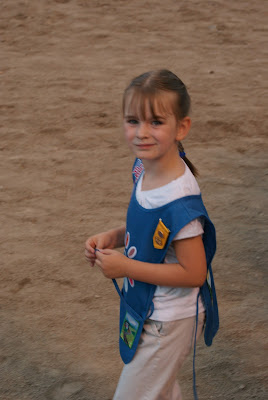 The "worst part" of the evening for Bluebird was when she stood up to get in line to go out onto the rodeo grounds:  she got stung by a wasp on her face.  I saw it happen; saw her grab the injured site next to her eye and look back at me with that worried expression on her face where she's trying to decide what to do, and I said, "Did you get stung by a bee?"
She nodded and answered with a shaky "Yes."
"Are you going to be OK?" I asked.
She paused for a moment, glanced at all the Boy Scouts pushing around her, then straightened up and tried to smile and said, "I'll try," as she turned and strode off with her comrades.  (Another moment of me brushing away tears followed.)

Penguin enjoyed the ceremony too, and is eagerly awaiting next year's ceremony when she'll get to participate with her big sister. 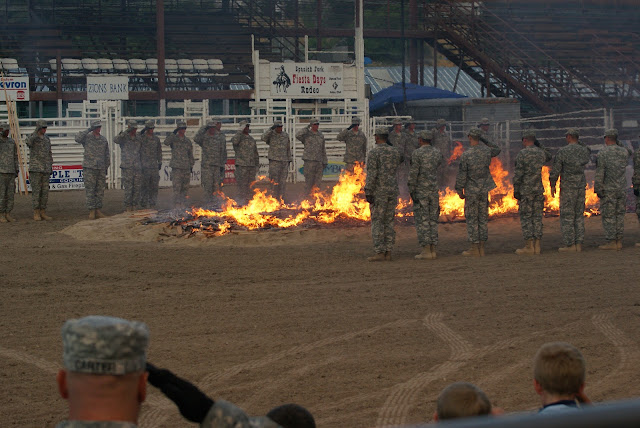