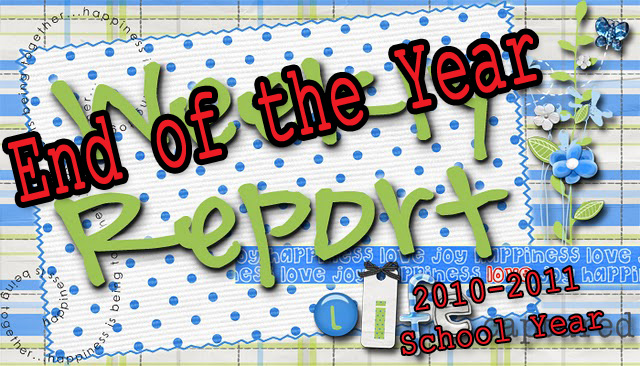 Review:  It was our first "real" year of homeschooling; the first year that I had to submit an affidavit declaring my intention of educating my children at home.  I was nervous about it.

We started two weeks late because Michael's stepfather passed away the day before our proposed first day of school.  We ended up staying in Idaho with family all that week and then spent the next week after getting over allergies.

Bluebird:  Bluebird was in the First Grade this school year.  Her favorite subject at the beginning of the year was Math; now it's History and Science.  Bluebird finally finished Phonics Pathways, and she started studying grammar, writing and spelling.

She kicked against the pricks almost the entire year in regards to penmanship and having to write anything at all.  Some days I thought I would go completely out of my mind at the thought of having to spend another day trying to coerce her into writing without being grumpy about it.  When I realized that she was old enough to begin a writing program, I put it off until January because I just could not even fathom the idea of adding in another thing that required her to write more.

However, about a month after we started Writing With Ease, she became less combative about writing.  I don't know if she just got used to the idea of it or if it made her happy to choose the shorter sentence to copy each lesson and feel like she'd gotten away with an easier assignment...but she mellowed out a little bit over writing.  I've been incredibly grateful for that development. 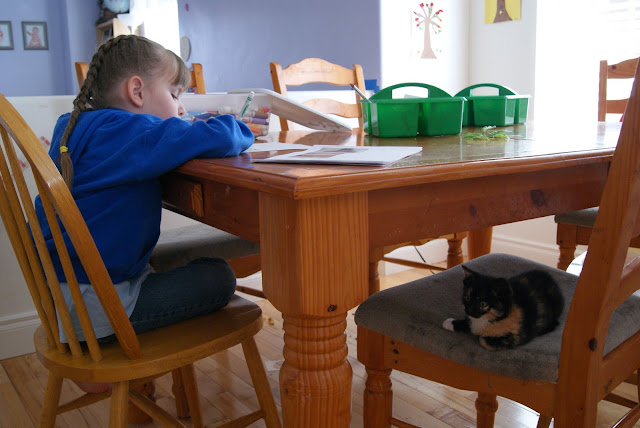 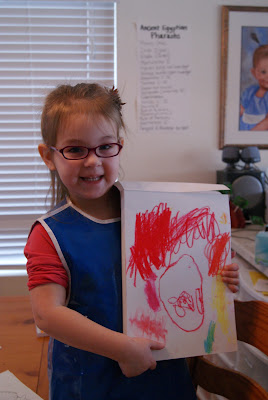 Penguin:  Penguin was in Preschool this year.  We gently introduced her to phonics, penmanship and math.  When she grew tired of working on something, we stopped and she went off to play.

She has learned to read and her ability to control the pencil has increased.  She loves math and she's done very well in understanding the new concepts.  Preschool is so much fun! 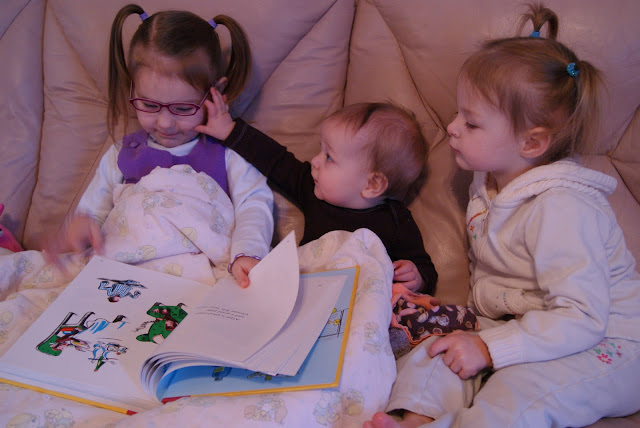 Curriculum:  We dropped ARTistic Pursuits after a few months because the girls started groaning every time I got it out.  I like the curriculum and plan to pull it back out in a year or two; right now I think it's just a little too much for them.  We switched over to Usborne Art Treasury and they heartily enjoyed the projects.
Lessons Learned: 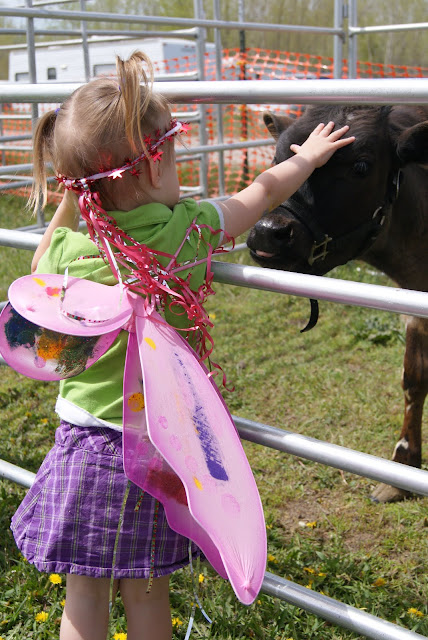 #1:  I tried to incorporate as many activities as possible throughout the year because I think activities are what make school interesting for kids at this age.  However, activities are exhausting for the teacher to arrange.  After reading through the weekly reports where we did activities, I noticed that those were the weeks where we seemed most productive.  The weeks where we just hunkered down and buried our noses in books were moderately productive, but didn't have the same upbeat energy about them.  Activities need to stay. 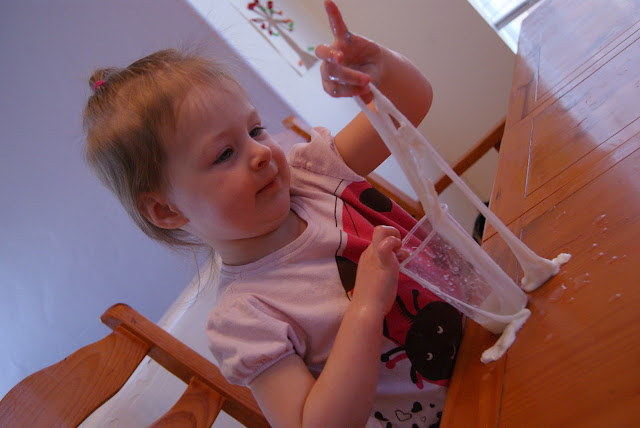 #2:  I spent A LOT of time driving people to the airport in this last year.  Between Michael's business trips and my cousin being at BYU, we made almost monthly trips to the airport to drop off and pick them up.  My cousin no longer attends BYU, so there won't be any more trips for her.  Michael and I have discussed the possibility of having his company pay for a shuttle to the airport each time he needs to travel.  It's just taking up too much of my time. 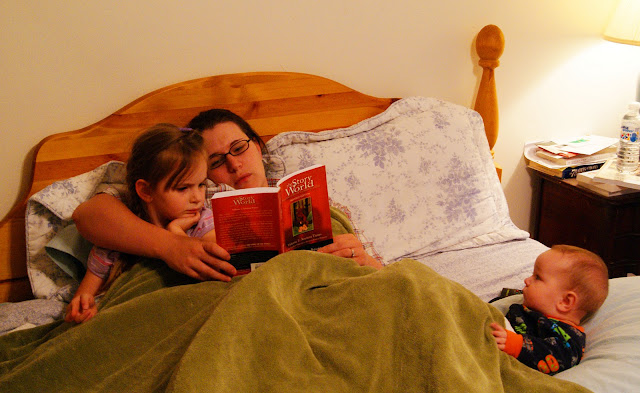 #3:  I am sick A LOT.  I've known that I've had bad allergies for years, but in reading over the year's weekly reports I was shocked to see how many days of school we missed because I wasn't feeling well.  I've started a regimen of allergy shots in order to avoid future weeks of misery and missed school days.  (FYI:  Allergy shots are not fun.  But my family needs me to be healthy.)

#4:  Just because you can homeschool anywhere doesn't mean you should.  We travelled with Michael up to Seattle for two weeks last September so we wouldn't have to be apart and because you can take homeschool with you!  However, homeschool supplies takes up a lot of room in an already-stuffed minivan and homeschooling in someone else's house is really hard to do.  In the future, travelling will not include formal homeschooling.  In fact, we have a three week trip coming up before the end of the year and I've re-arranged our school schedule to allow us to take those three weeks off from school--which means we'll be starting our next school year three weeks earlier than planned to make room for the trip.

#5:  We need an Errand Day.  This next year I'm going to experiment with four longer school days in order to free up the fifth day to get errands done.  We can't get all our errands and housecleaning done on Saturday and have time to enjoy Michael being home or do family activities.

#6:  My hobbies are taking up too much of my time.  Oh, this is a bitter pill to swallow.  It's becoming more apparent as I look over the plans for the next few years that I will soon have no free time for "other" hobbies.  This is fodder for a whole other post, but in a nutshell:  It pretty much boils down to whether I want to homeschool or whether I want to spend significant time with my creative hobbies.  There's not enough time for both in my day anymore.  I will have to spend less time on my hobbies.  And really, there will be plenty of time to advance in my personal areas of interest when my children have flown from the nest.  This is not saying that homeschooling is an all-or-nothing scenario; the teacher needs to fill their well in order to remain enthusiastic about teaching...but I'm going to have to figure out how to fill my well more efficiently...if that's possible.

Overall:  I am proud of our accomplishments, but the overall feeling that I have about this last year is that it wasn't as productive as it should have been.  I didn't push myself very much and while we have technically finished up on grade level, we could have done far more than we did.  I am going to do better about having school each school day, protecting our school hours and doing what it takes to keep my health and our home operating well.  Homeschooling just doesn't work that well when I'm sick or when our house is a mess.  I need to improve in these areas.

I enjoy homeschooling immensely.  I think my kids are awesome and I'm glad that I get to spend my days with them instead of letting another adult experience all the fun of being with them throughout the day.  We do need to do better though...I'm hoping that next year will be a year I can reflect on with little regret.

But we did accomplish big things this year--getting through The Story of the World in one year takes a bit of persistence and considerable effort.  Bluebird can now point out and name numerous places on a map and she knows who a lot of ancient historical figures are.  She can talk intelligently about cells, atoms and chemical reactions.  SHE WRITES!  She knows a bunch of addition and subtraction facts and has read through some really good books.  She can define nouns, pronouns and verbs.  She memorized the list of Ancient Egyptian Pharaohs and a handful of poems.  We did get stuff done this year...and I'm going to try to remember that when other negative feelings try to creep into my mind.

But best of all, I was able to spend so much time with my children in this last year.  That's the best part of homeschooling:  Observing as my children grow up each minute of the day and not missing out on watching them discover their world.