I made the decision that I'm going to be a little more invested in having a crafty Christmas in 2011.  One of the Christmas Crafting decisions I made was to create a Christmas tree ornament each month.  I've marked off the 25th of each month as the starting point, and I don't work on anything else until the ornament is finished.


I joined a group on Ravelry called "Christmas Ornament Knit-Along 2011," and they have pre-selected, FREE patterns for each month.  January's knitting pattern was Bluebird, but I wanted my ornament to be red because it seemed more wintery: 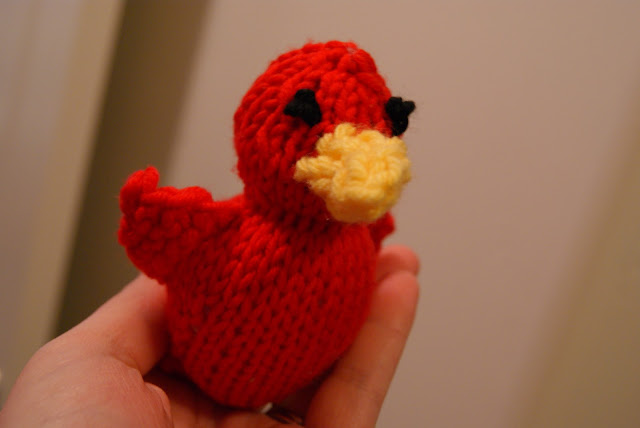