This was our parsley bush: 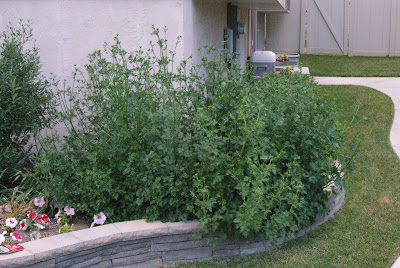 It was taller than our three year old: 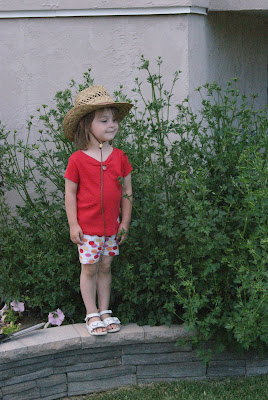 So Michael did this: 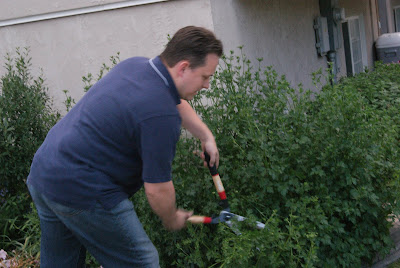 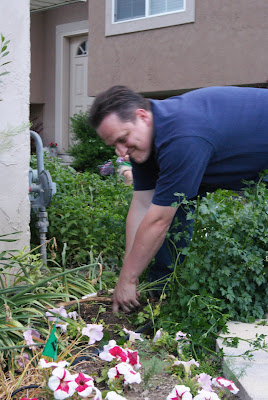 We planted this last year and it grew to a height of ten inches, which we thought was pretty impressive. Michael cut it back to a height of two inches early this spring and it just took off in the past few weeks. (It actually had achieved some degree of fame in the neighborhood.) But now it's only a pittance of its former glory, and I'm interested in seeing how it fares after such a severe pruning. Crazy mutant parsley.
Posted by Cara at 12:00 AM