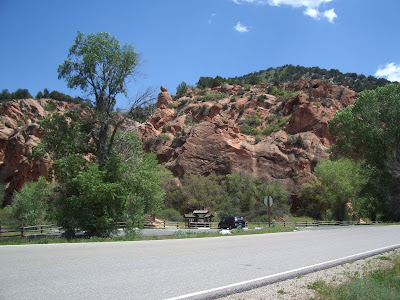 I really wanted to go on our nature hike at this awesome looking picnic area we found when we were driving around Sunday night. It's in the Diamond Fork whatever off of Hwy 6, and then you drive about 6.5 miles and come up on this awesome expanse of red rock. It's beautiful. (I never thought I'd say that about rock...Utah is growing on me.) 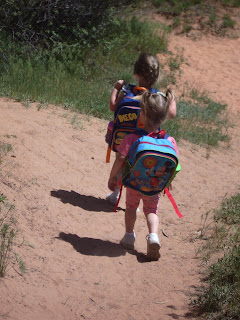 We set off in the powdery red sand that covered the bottom portion of the area. I told the girls that we needed to concentrate on being quiet, so perhaps we could actually see animals instead of just scaring them away. 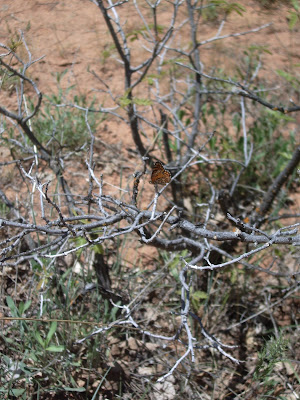 Success! We were able to get a shot of a butterfly that was flitting about because no one was running up to it or scaring it away in other ways.

But then we ran into a bit of a problem: 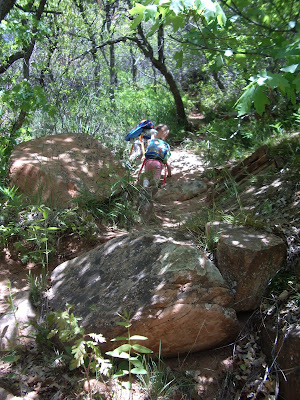 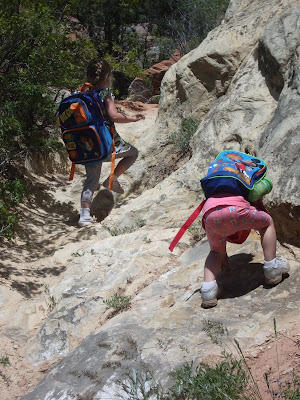 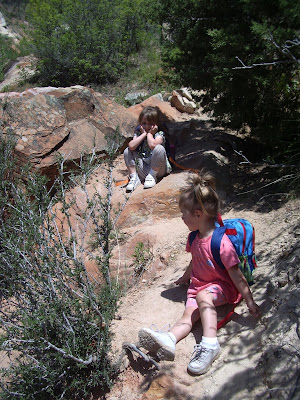 The trail was much steeper than I thought it was going to be, and it dawned on me after we got a ways that we still had to go back down. Rabbit was happy to turn around, but Bluebird was rather miffed that we had to call it quits so quickly. If it had just been Bluebird and myself, I would have let her push on; but that just wasn't a wise option with our accompanying prone-to-tripping two year old and me with Little Lamb strapped to my back. (The whole "quiet" thing got tossed out pretty quick too...the descent needed a lot of coaching.)

We arrived safely at the bottom. Little Lamb pulled my hair, so I thought I'd snap a quick shot of us: 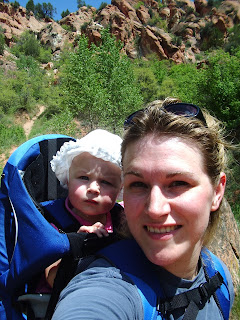 Awesome, I got some of the rock in the background!

We ate lunch in the picnic area, where we saw the largest squirrel ever run across the landscape, which made Bluebird and Rabbit so happy. We also saw a robin-ish looking bird that was kicking away leaves on the ground and making the biggest racket with it (before I saw it was a bird, I thought the noise was some medium-sized animal coming through the brush). We also saw a yellow songbird of some sort, which we will look up and identify because it was rather striking. Of course, my camera isn't too great about catching animals, so those observations are sans photo.

Now the "challenge" for the Outdoor Hour Challenge #2 is to have your children describe what they experienced on the excursion. I couldn't remember exactly what to ask at the end, but I asked anyway! Rabbit was tired and didn't want to play along, but Bluebird was happy to answer my questions:

Bluebird's favorite part of the hike: 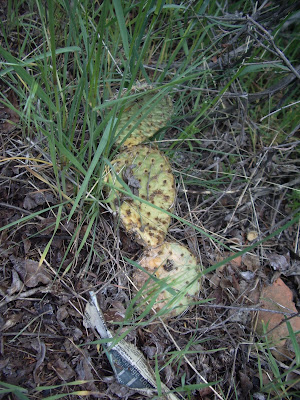 We found this when we scared away an animal in the brush and walked over to see if we could find it hiding. Bluebird was ecstatic that we have cactus here!

Rabbit's favorite part of the hike: "I saw a squirrel." 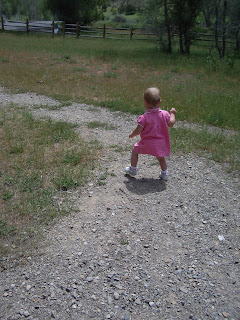 And I imagine Little Lamb's favorite part of the hike was when I finally allowed her out of my backpack. She took off down the path without looking back! Go Baby go!

I enjoyed trying to snap some pictures: 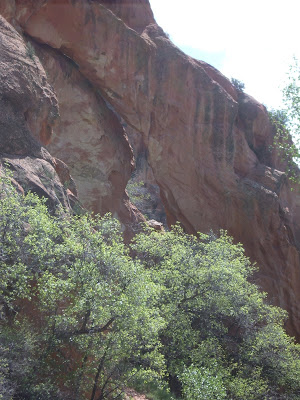 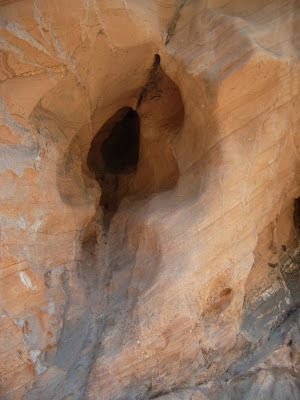 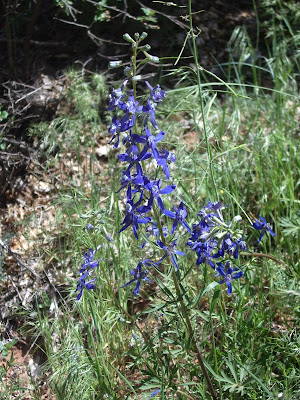 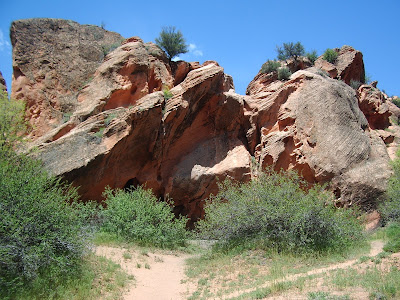 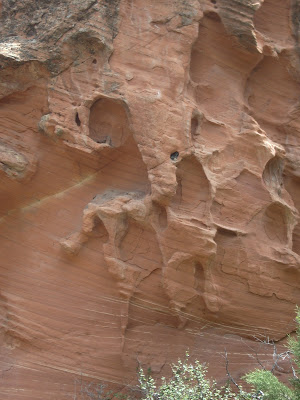 It was a very beautiful place. Although, I think I'll stick to last week's hiking location because it was much more kid-friendly. :) Things like this would be better tackled with Mr. Brooke along.
Posted by Cara at 2:06 PM