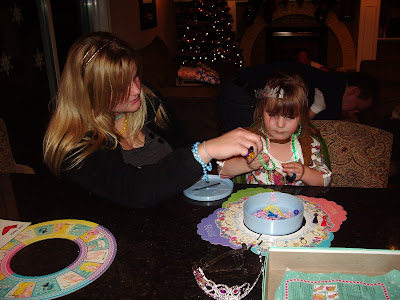 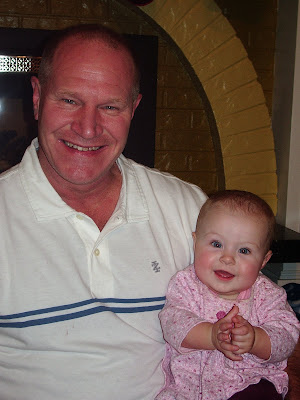 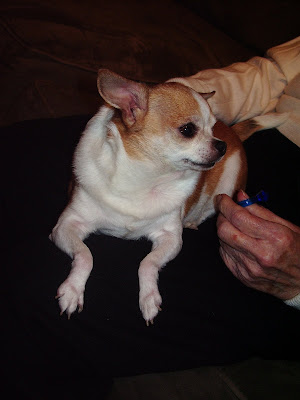 It's hard to get photos uploaded in a timely manner.

The last in the series of Thanksgiving photos--my dad and his wife, Kim, had us over for dinner on the day after Thanksgiving. It was nice, as I hadn't been to their new house yet and finally got to see what sort of work they had done on it. (My dad is a finish carpenter and enjoys buying junker houses and flipping them--the two of them are a formidable team of home renovators.) The house looks very nice, I should have taken pictures of it.

Kim's daughter, Ashley, loves little kids. She had purchased one of those Gingerbread Man decorating kits and worked on them with Bluebird and then played Pretty Pretty Princess and Barbies with her and Rabbit. It was cute.

The dog's name is Uma. I think she looks like a cocktail weinie with legs. She's a miniature chihuahua with a serious weight problem, and it's just the funniest thing to be around her.

Bluebird sulked when we left because she didn't want to leave her "new best friend," and Dad and Kim weighed down our van with Christmas presents...it saved them a pretty penny to ship via the Brookemobile. :)

I have no more Thanksgiving pictures to share with you. :( It was a great trip, and I think we'll plan on going back soon. I miss the PNW!
Posted by Cara at 5:30 AM

Email ThisBlogThis!Share to TwitterShare to FacebookShare to Pinterest
Labels: Pictures